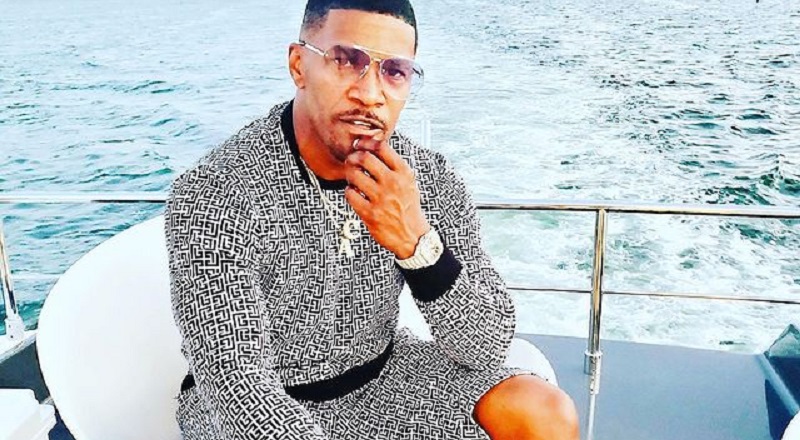 Jamie Foxx had some paparazzi photos go viral, yesterday. The famed actor was spotted on the ocean with a mystery woman. A blonde, Jamie Foxx now finds himself facing a lot of scrutiny. Foxx was seen in various positions with this woman.

Jamie Foxx is often in the news for the women in his life. A lot of photos of Jamie Foxx with different women go viral. None of the women are ever identified, though. Here, at the start of summer, Jamie Foxx was enjoying time with a lady friend. This time, their photos went viral.

Jamie Foxx finds himself the main topic on Twitter, this afternoon. This is a day after the photos initially hit the internet. A large number of people are trying to go in on Jamie Foxx for only dating white women. Among the jokes are that Fancy from his sitcom is the last black woman he dated. However, Jamie Foxx is getting support from a lot of black women. They are crediting Jamie Foxx for liking white women, but not demeaning black women in the process.

More in Hip Hop News
Lil Keed’s daughter left him a voice message after he died; Her mother hasn’t told her about Keed’s passing
Travis Scott hints at “Utopia” album coming soon, with latest photos in the studio