Home » Hip Hop News » Jaquae is giving Safaree a run for his money, with his facial expressions; #LHHNY fans go in on him for his reaction to Sidney Starr’s freestyle, and finding out she was trans has some fans on Twitter going in, as he still kept staring at her chest 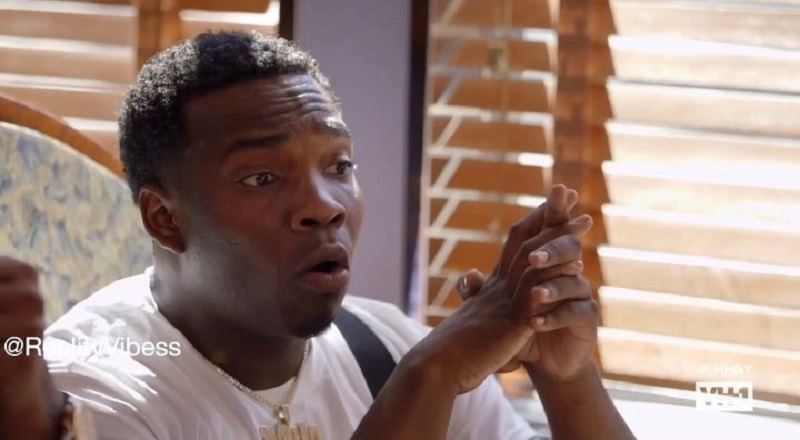 Tonight, Rich Dollaz set Jaquae up really good, with this Sidney Starr meeting. Rich didn’t even let Jaquae know that Sidney Starr was trans and Jaquae was staring all down her shirt. During her freestyle, Jaquae was into it, but her bars made him scratch his head.

Sidney Starr repeatedly referred to her private area, mentioning she has the same thing Jaquae and all men have. Those bars produced the above image. Dude was taken aback, as most men would be, learning a woman is actually a man.

This reaction from Jaquae is something “Love & Hip Hop” fans would expect from Safaree. He is always making some crazy face, in reaction to what’s going on. But, Twitter pointed out how Jaquae made the crazy face, but didn’t stop staring, bringing up gay rumors started by Kiyanne, earlier this year.

Read the tweets about Jaquae below: