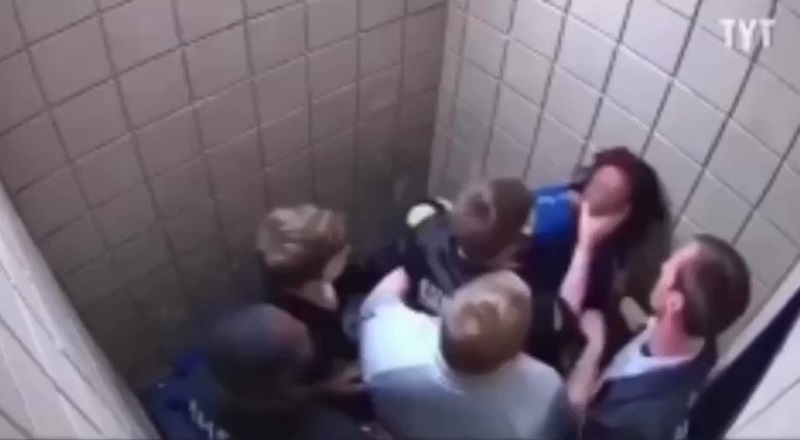 Jarett Hobbs was driving down the road, in Camden County, Georgia, when he was pulled over by the police. He had no idea, when he got in his car, that his night would end with him being beaten by five men. However, that is exactly what happened. While Hobbs was driving, he wound up speeding, as most people do. As a result, Hobbs was pulled over by the police. When they discovered he was driving with a suspended license, and smelled marijuana, they placed him under arrest.

Jarrett Hobbs saw his entire night flipped upside down. How things ended would lead to him becoming one of Twitter’s leading trending topics. Given the way things have turned out for others, Hobbs is fortunate his situation was not far worse. There have been cases of people getting arrested by the police and passing away while in custody. Prominently, Sandra Bland’s situation in 2015 comes to mind, as she was stopped by police, and eventually arrested, and her untimely passing took place behind bars.

Jarrett Hobbs did not pass away while he was behind bars. However, the inhumane treatment he received ended up going viral. Originally, The Young Turks posted the video of Hobbs being physically assaulted by five men working for the jail. In turn, the video went viral on Twitter, and now there are such attorneys as Ben Crump, along with activists, such as Shaun King, sharing the video. Given the graphic nature of the video, it is not available on the site, but searching “Jarrett Hobbs” on Twitter should show it.