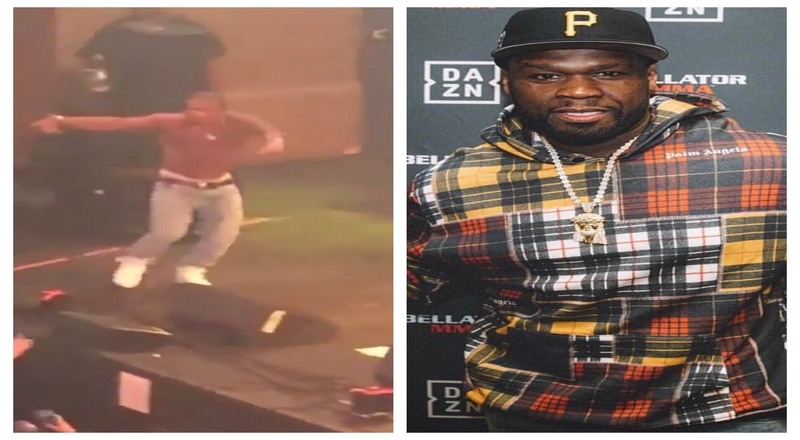 50 Cent and JaRule have been going back and forth on Instagram over the last few weeks after 50 decided to ignite their 15-year-old beef. 50 bought 300 front row tickets to one of JaRule’s shows so it’d look empty. JaRule then challenged 50 to pull up to his upcoming show in San Antonio and get a meet and greet package. 50 also dissed Ashanti for her show at Stony Brook University getting canceled for only selling 24 tickets.

JaRule and Ashanti had their San Antonio show last night at the Aztec Theatre. JaRule was pleased with the show as he said the crowd was live and they even chanted “F*ck 50 Cent.” A fan in his IG comments asked if 50 pulled up and JaRule replied by saying that 50 is a p*ssy and that he’ll never pull up to any show he has.

The beef with Ashanti seems to have been buried but 50 Cent will never let things go with Ja Rule. This beef dates back to the early 2000s and the pettiness seems like it will go on forever.

Check out JaRule clowning 50 Cent after his show in San Antonio with Ashanti along with his performance below.

Continue Reading
You may also like...
Related Topics:50 cent, Jarule

More in Hip Hop News
Remy Ma Says It Was “Corny” How Nicki Minaj and Cardi B Ended Their Beef: “After 15 Hours…They’re Both Like ‘Ok, Let’s Be Friends Now’” [VIDEO]
Peewee Longway Announces New Album “State Of The Art” Will Be Released On November 30 and Releases “On That Freestyle” [VIDEO]