Home » Hip Hop News » Daang, they had to get security on Jason? Jason Warrior created the first awkward moment, on #TheFour, when he confronted Meghan Trainor for being rude, and Twitter says he should take his L and go #TheFouronfox 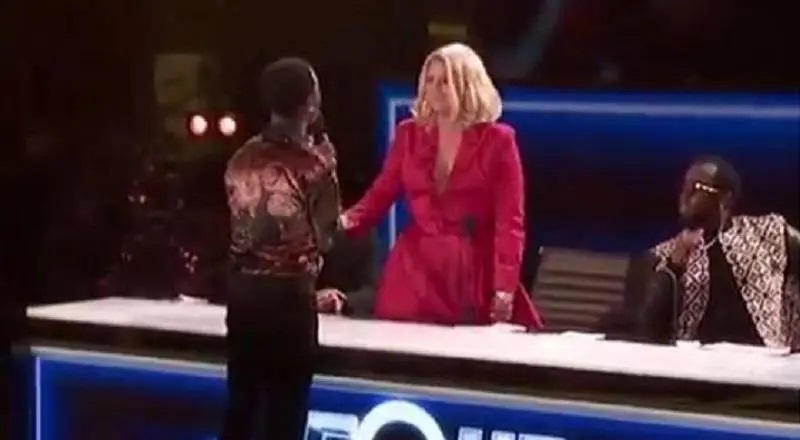 Jason Warrior had security called on him for confronting Meghan Trainor

From the beginning, it was always obvious that Jason Warrior was a bit extra. Honestly, that’s what it takes for an artist, especially a singer, to have that kind of edge. Last week, Jason Warrior acted like he was ready to fight his opponent that said he had a lot of “drama.”

Jason Warrior ended up battling, and being taken out by Vincent. The performance of John Legend’s “Ordinary People” saw Jason do a little too much. That showed on Diddy and DJ Khaled’s face, as Vincent performed Brandy’s “Sittin In My Room.”

When he faced the panel, Meghan Trainor told Jason that she didn’t see him bring anything to the song. After he lost, Jason Warrior confronted Meghan about her comments, and proceeded to sing to her, in a threatening way, leading to security having to intervene. Some fans understood where he was coming from, but everybody told him to take that L and keep it moving.

Jason Warrior had security called on him for confronting Meghan Trainor

More in Hip Hop News
HHV Exclusive: Fergie talks #TheFour what it takes to make a star: “Excite Me!” + Praises Beyonce’s greatness #TheFouronfox
Bye Kendyle; #TheFour fans weren’t here for Kendyle, after she beat Zhavia, and they are glad Evvie is here