Home » Hip Hop News » JaVale McGee is really the reason the Warriors are winning right now and Twitter reacts to how easily he’s getting his points, calling him the student who never does any work, but still gets the A 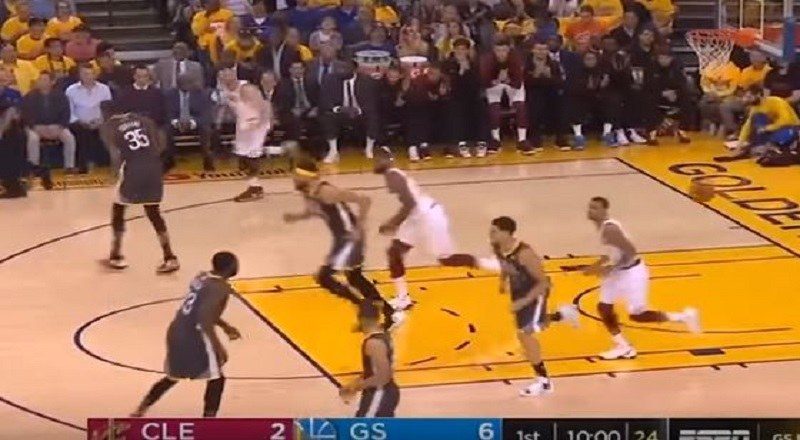 Everybody is usually always clowning JaVale McGee, Warriors fans, too, but he does have a lot of “Shaqtin'” moments. The Warriors’ center came through big, in the first half, though. People know the Warriors best for their superstars, so it’s good to have strong players like him.

Even with all the jokes, JaVale McGee is a big man that is capable of getting hot. With teams focused on Steph, KD, Klay, and Draymond, it is easy for JaVale to get his. A game where people expected the Cavs to dominate, JaVale is doing his thing.

JaVale McGee is trending on Twitter, as he often has, in the NBA Finals, but the people can’t even crack jokes. This game, he’s been mistake free, and was one of the Warriors’ scoring leaders. The fans on Twitter are stunned that he has more points than Kevin Love, tonight.

Read the tweets about JaVale McGee below:

More in Hip Hop News
Kanye West is projected to sell 765,000 copies with #YE in his first week
Azealia Banks puts Cardi B’s friend, Star Brim, on blast, saying she’s in prison for wire fraud, and will be locked up for 15 months [PHOTO]