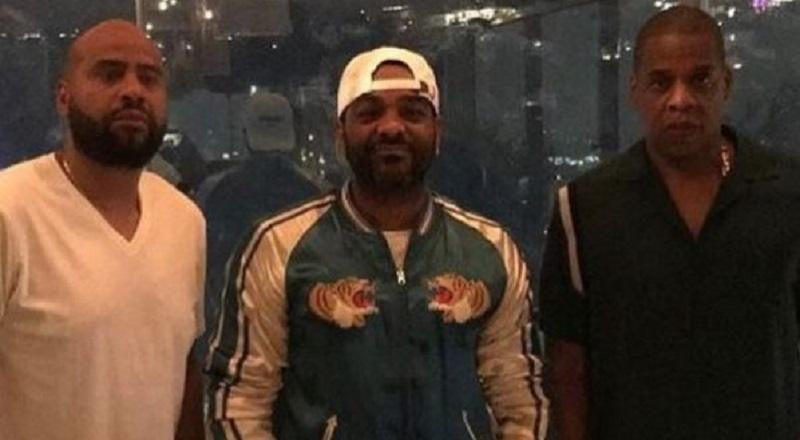 In 2006, the music industry went through big changes, most of them were deemed to not be good, at the time. To “save” rap, Jay Z returned from his retirement with Kingdom Come. That same period of time saw the return of Nas with Hip Hop Is Dead.

However, it was Jim Jones that ended 2006 with the biggest record. He had a breakthrough single with “We Fly High,” which had a star-studded remix. The remix verse from Jim Jones is notable for having a verse aimed at Jay Z, which prompted Hov to respond.

Even though that beef was years ago, fans were surprised when Jim Jones revealed he signed with Roc Nation. Afterward, TMZ spoke with him and asked if he actually met Jay Z, to which Jim Jones replied “no.” Now, he can check that off his bucket list, because Jim Jones is officially “Brooklyn High.”