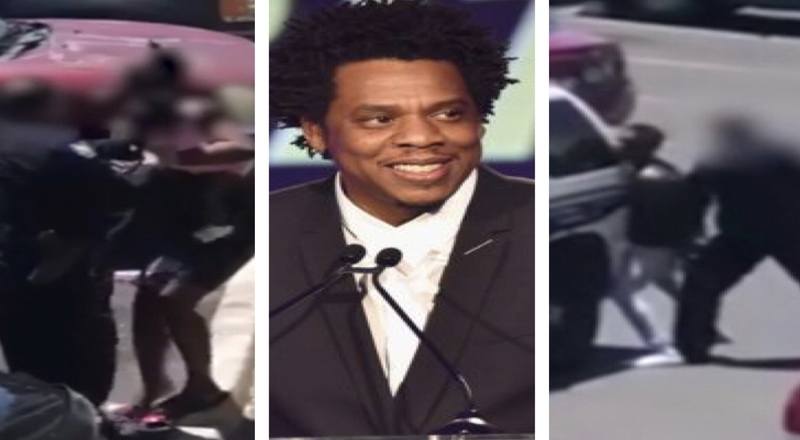 A video out of Phoenix, Arizona has been going viral since May 29 after cops were seen harassing a black family who left the dollar store. Dravon Ames and his pregnant fiancée, Lesha Harper, were victims of this unlawful crime by the police. This all went down supposedly because their young daughter allegedly took a doll from that store.

The cops were heard viciously screaming “I’m going to put a cap in your ass,” and “You’re going to f***ing get shot!” It’s important to note that Harper is pregnant as well. Now, Jay Z and Roc Nation are stepping in to help against this disgusting injustice. Team ROC, their social justice team, is now offering legal help to the couple in the wake of this incident, according to The Blast.

Phoenix PD have since been conducting an investigation about the incident but the family has a $10 million lawsuit in the works against them with the help of Team ROC. They are calling for the officers involved to be fired as well. Alex Spiro will be representing them and is there on a “pro-bono basis and assist in filing charges against one of the police officers for child neglect.”

Hopefully justice is finally served in Phoenix. Cops wanting to shoot a family after it looks like a young child accidentally took a toy is disgusting. Hopefully Team ROC does get them fired soon and the family wins this case.

Check out footage of the incident below.

More in Hip Hop News
C Glizzy, popular Florida rapper, was shot in the head, currently in the hospital, and is non responsive, as those close to him ask for prayers #PrayForCGlizzy #CGlizzy
California Sheriff’s Deputy Arrested For Allegedly Sleeping With 16-Year-Old Boy