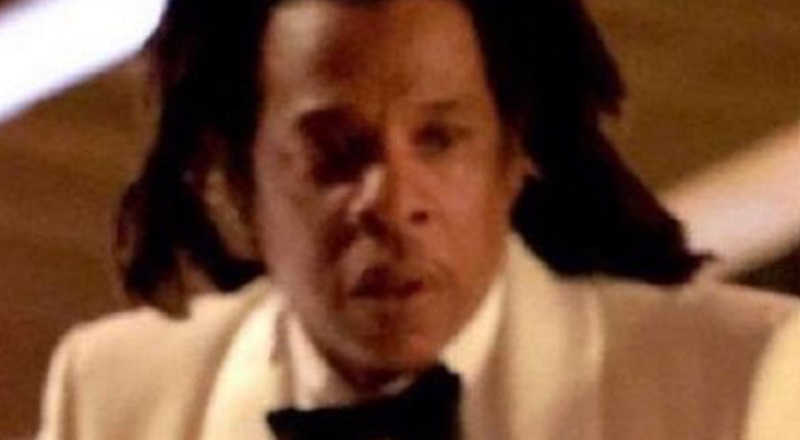 During the first part of his career, Jay-Z was known as a streetwise rapper. Jay-Z told interesting tales fed by energetic beats. People came to love Jay-Z for making such anthems as “Hard Knock Life” and “Izzo (H.O.V.A.).” Later in his career, Jay-Z was celebrated for his business acumen. In the past few years, Jay-Z has become meme bait.

Jay-Z is enjoying the fruits of his labor and is now an older man. No longer focused on being streetwise, Jay-Z is a dedicated father and husband. But the candid video shots of Jay-Z have caught him in hilarious situations. Often, people are taking Jay-Z and placing him in something. Last night, Jay-Z was at the Oscars, so he was placed ringside to watch Will Smith hit Chris Rock.

All day, the various media outlets have reported on various celebrities’ reactions to Will Smith and Chris Rock. Of course, Jay-Z isn’t one to speak to the media about something like this. Fortunately for the fans, Jay-Z didn’t even have to. When it was going down, Will Smith had a lot of people shocked. Jay-Z was clearly among the people surprised at what he saw. Jay-Z didn’t have to say a word, as his facial expression said it all.

More in Hip Hop News
The Academy starts “formal review” of Will Smith slapping Chris Rock, at the Oscars
Will Smith releases official statement and apologizes to Chris Rock for hitting him