Home » Hip Hop News » Jay Z has a new album in the works? 4:44 ads popping up over New York City have people believing it’s in promotion of a new Jay Z album #444 [PHOTOS] 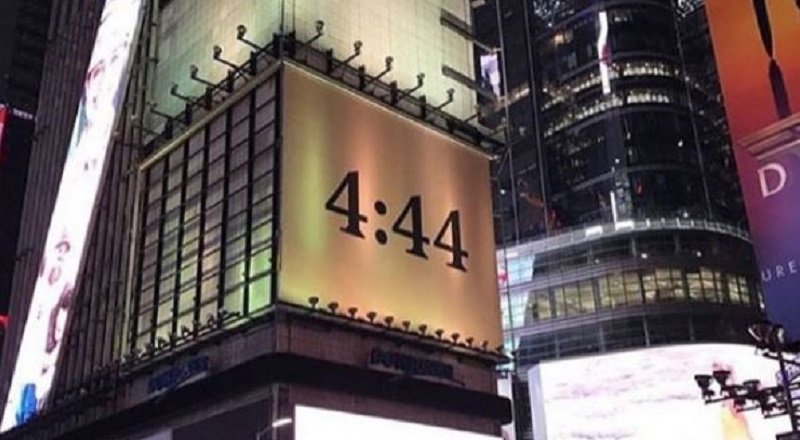 Remember those good old days when Jay Z dropped an album every year? Heck, most of the current hip hop fans weren’t even born when he first came out, so they wouldn’t know. Too bad for them, but YouTube is a heck of a resource.

Jay Z made a lot of moves in the business world, which have to be respected. How many other rappers could really go out here and get on a first name basis with Warren Buffett? Because of these increased business interests, Jay Z took a step back from the music.

Following his retirement, Jay Z dropped three albums on top of each other, similar to the old days. Then, he delivered Magna Carta Holy Grail, which has fans continuously waiting for the follow-up. He is now rumored to be returning with his 4:44 album, as these ads have people believing this is something Jay Z or Beyonce related.

More in Hip Hop News
DJ Khaled is shooting his new music video with a much slimmer Rihanna and Bryson Tiller [PHOTOS]
LeBron James talks blowout losses in Oakland, Game 3 vs. Warriors, and Cavs having to win or lose #NBAFinals [VIDEO]