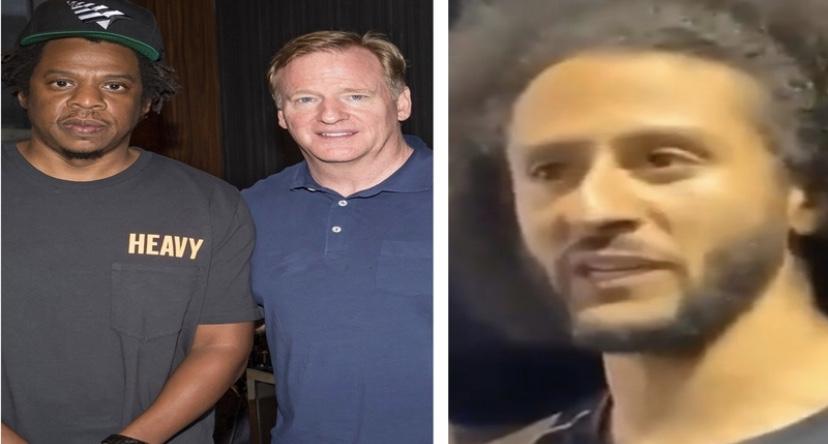 Yesterday was a very busy day in the NFL as Colin Kaepernick was supposed to hold his league-organized workout at the Atlanta Falcons’ practice facility in Flowery Branch, GA. Kaepernick moved it last minute to have his own workout at a high school in the Clayton County area though so he could have media available after the league didn’t want them at their workout at the facility.

Eight NFL teams showed up to see Kaepernick at the high school as he did very well. One scout said that he still has the same elite arm he had when he first got into the league. Jay Z partnered with the NFL this summer to work on entertainment and social justice issues and is supposedly disappointed in how yesterday played out, according to TMZ Sports.

Jay thinks Kaepernick “turned a legitimate workout into a publicity stunt.” He added that the NFL was genuine in giving Kaepernick an opportunity in the league again. This is far from the truth. They forced Kaepernick to workout on a Saturday instead of Tuesday and gave him a two-hour deadline to decide on it. The NFL also look like they didn’t want media at their organized workout so they could have their own narrative to say that he didn’t do well and say he’s not good enough to play when he actually is.