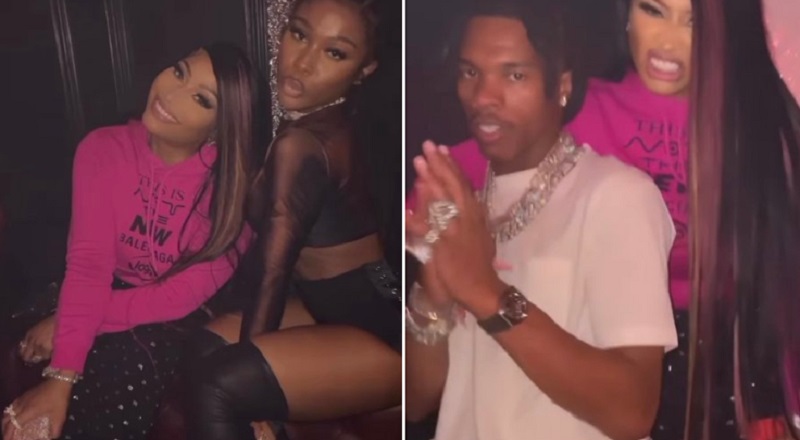 Jayda has not announced that she and Lil Baby are back together. Obviously, Lil Baby has not mentioned anything about Jayda being back in his life, either. However, it is not too outlandish to think Lil Baby and Jayda may be together again.

Jayda went to London and partied with Nicki Minaj. Nicki, by the way, went viral for partying with Lil Baby. Among the other people in attendance included Jayda and Rah Ali. A lot of people overlooked Jayda and Lil Baby both being in the city of London and being at the same place.

Jayda is now trending on Twitter, a whole day after going viral with Nicki Minaj. While Jayda and Lil Baby being at the same club, out of the nation, does not prove they are dating, it is a huge sign. Since Jayda and Lil Baby have a child together, they are expected to spend some time together. However, with Jayda having no reason to be in London, but Lil Baby being there for Wireless Festival, it makes so much sense. On Twitter, fans have already jumped to that conclusion. As a result, people are mad at Jayda, for various reasons, for getting back with him.

More in Hip Hop News
Kanye West has unfollowed Nicki Minaj on Instagram, after she subliminally called him a clown, during “Monster” performance, at Essence Festival
Olympic runner, Mo Farah, reveals his identity is fake and that he was trafficked as a child