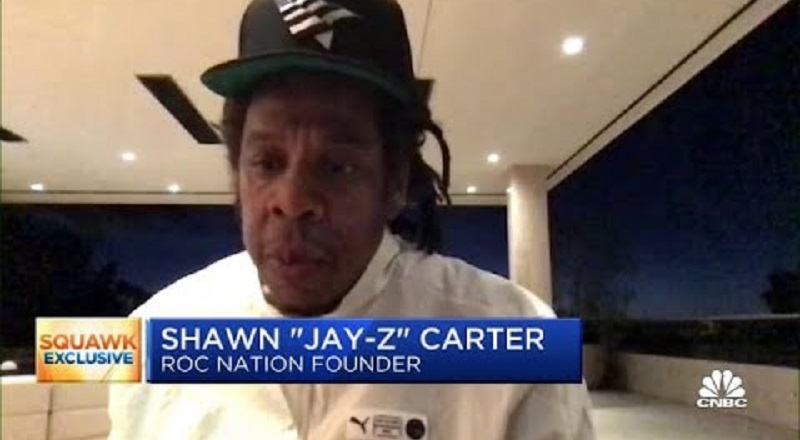 Over the years, people have come to expect excellence from Jay-Z. To his credit, he delivers, as he went from being the co-CEO of Roc-A-Fella Records to being the president of Def Jam. A job most would’ve never turned down, he left to partner with Live Nation, forming Roc Nation.

Jay-Z is best-known, still, for his rap career, which is amazing, to say the least. But, he and Dame Dash also did Rocawear, which they sold for over $700 million. In addition to Roc Nation, Jay-Z launched TIDAL, selling a portion of the service to Sprint, for $300 million.

For some time, Jay-Z was trying to enter into the world of spirits, having Armadale Vodka, back in the day, and he always shouted Cristal out. However, after taking offense to some of their racially-insensitive comments, Jay-Z launched Armand de Brignac, better known as Ace of Spades, which he has now sold 50% of to Moet Hennessy, and he would speak with CNBC about this, today, and fans on Twitter are celebrating Jay-Z for his latest business move.

Read the tweets about Jay-Z below:

More in Hip Hop News
Tekashi 6ix9ine Shows Documents From Meek Mill’s Lawyer Asking To Remove Footage of Their Confrontation in Atlanta Out of 6ix9ine’s “ZAZA” Music Video
Yaya Mayweather gets dragged by Twitter, for having her newborn baby boy, by NBA Youngboy, on a yacht + She called Pooh Shiesty and Lil Durk’s songs “weak”