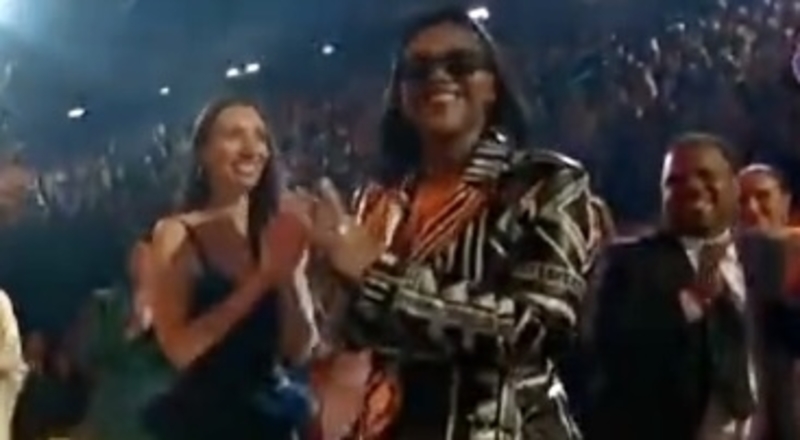 Fans have been waiting a very long time, for Jazmine Sullivan. Coming into tonight, she had been nominated for 15 Grammys, but never took one home. Earlier tonight in Las Vegas though, Sullivan finally won her first Grammy, in the Best R&B performance category. This ended up being a tie with Silk Sonic’s “Leave The Door Open,” as Sullivan’s “Pick Up Your Feelings” also won.

Now, the R&B star has just scored another huge Grammy win. Sullivan’s second Grammy of the night, and in total for her career, is for Best R&B Album, for her 2021 “Heaux Tales” project. This fourth studio album ended up winning big last year, as it debuted at number four, on the Billboard 200 chart. Other nominees in this category included “Temporary Highs In The Violet Skies” by Snoh Aalegra, “We Are” by Jon Batiste, “Gold-Diggers Sound” by Leon Bridges, and “Back Of My Mind” by H.E.R.

Heaux Tales was led by singles such as Pick Up Your Feelings, “Girl Like Me” featuring H.E.R., and “Lost One.” Additional appearances included Ari Lennox and Anderson .Paak. The deluxe edition for Heaux Tales was released in mid-February, which was “Heaux Tales, Mo’ Tales.” 10 new tracks were included.