Home » Hip Hop News » Jeezy is back on top, with “Put On,” after Denver Broncos rookie, Drew Lock, owns Twitter for rapping the song, word-for-word, going viral in the process [VIDEO] 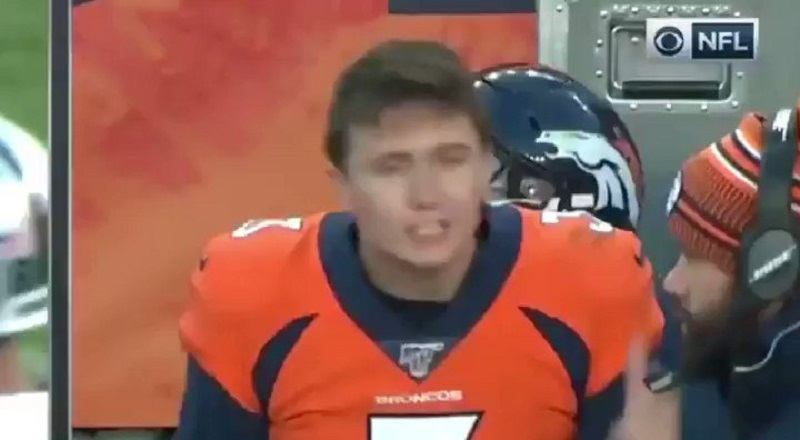 Time flies, right? It’s been nearly twelve years ago since Jeezy dropped The Recession, where “Put On” was the standout single. The song was a classic and it included the classic Kanye West verse, where he vented about the loss of his mother.

Ironically, a lot of the current celebrities, and top athletes were only kids, when Jeezy dropped “Put On.” Heck, back then, Young Jeezy was still his name. But, that song helped shape a lot of people, Drew Lock included.

Drew Lock led the Denver Broncos to victory, last night. His moment, however, had nothing to do with him on the field. Instead, it was all about him reliving his school days, rapping along to Jeezy’s “Put On,” and it was a classic Twitter moment.

Watch the entire video clip and read the tweets below:

Broncos rookie QB was rapping Jeezy’s “Put On” to perfection

More in Hip Hop News
Future Pushes Fan Who Ran on Stage During His Show in Nigeria and Goes Right Back to Performing “Mask Off” in Front of Sold-Out Crowd [VIDEOS]
President Barack Obama Reveals List of Favorite Songs of 2019; The Hits Include “Suge” By DaBaby, “Middle Child” By J. Cole, “Playing Games” By Summer Walker, and More [PHOTO-VIDEOS]