Home » Articles » Jesus Be a Background Check! Nicki Minaj’s New Man Is A Registered Sex Offender and Served 7 Years in Prison For Killing a Man 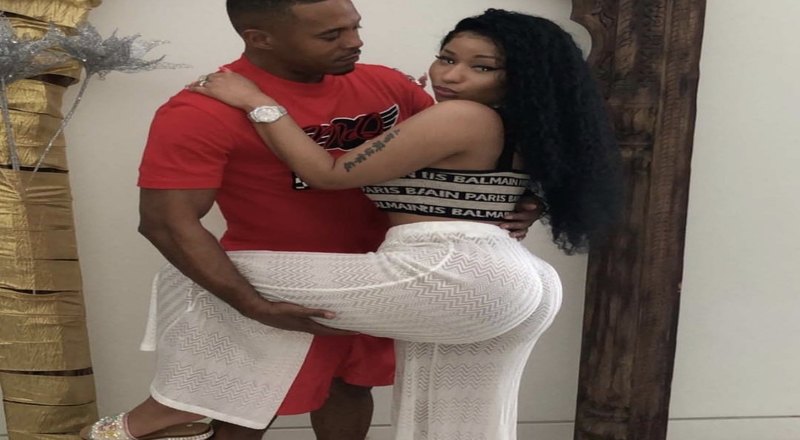 Nicki Minaj’s new man, Kenny Petty, has been in trouble with the law for some time now. He has been convicted of rape and he served time in prison for the murder of a man.

According to the criminal complaint for Kenny Petty from the Queens County District Attorney, Petty pled guilty to first-degree manslaughter in the shooting death of a man named Lamont Robinson.

The complaint claims on April 27, 2002 at 12:30 AM, Petty shot Robinson “with a loaded handgun multiple times thereby causing his death.”

Officials originally charged Petty with murder in the second degree, but he was able to get it knocked down to manslaughter when he cut a deal.

A police blotter posted at the time of the shooting describes an unknown man who was shot three times in the stomach and died at a nearby hospital.

Petty pled guilty to the manslaughter charge in March 2006 and was sentenced to 10 years in prison, for which he served 7. Court records indicate Petty was released in May 2013, and had been on supervised release for 5 years, until May of this year.

As we reported, fans of Nicki Minaj are up in arms over the rapper going public with Petty, who has also been convicted of attempted rape of a 16-year-old girl.

Petty remains a registered sex offender in the state of New York.

It’s one thing to like a “bad boy” but to date a convicted rapist and murderer is a little too much.

More in Articles
Chinese Kitty gets put on blast, after claiming Trina smashed Meek Mill, and Trina responds in 99 Jamz interview “do not call my name, do not say my name, do not mention my name!” #LHHMIA [PHOTO + VIDEO]
50 Cent and Starz CEO, Chris Albrecht, talk #Power and finding success in TV with Business Insider [VIDEO]