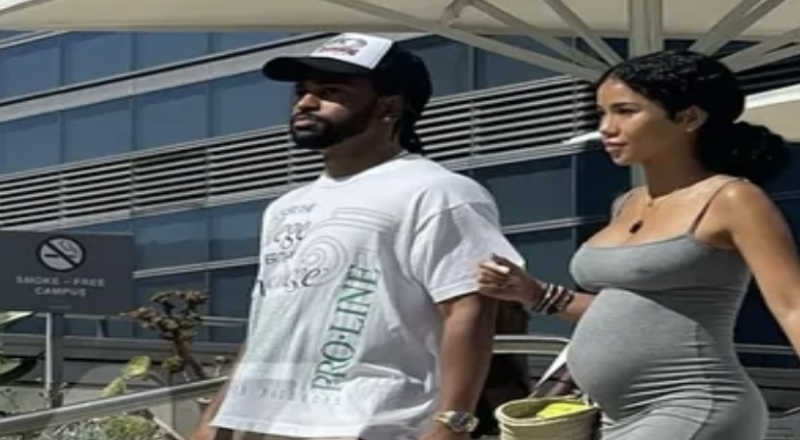 Jhené Aiko shows baby bump while out with Big Sean

A few weeks ago, it was rumored that Jhené Aiko was expecting her first child with Big Sean. That came after a fan online claimed that they saw Aiko and Sean at Whole Foods, where Aiko apparently had a baby bump and was “very much pregnant.”

According to TMZ now, Sean and Aiko were spotted walking in Beverly Hills together on July 2, as Aiko was sporting an obvious baby bump. Neither of the two have publicly spoken on the pregnancy on social media yet, though. It’s also unclear how far Aiko is, into this pregnancy.

This will be Aiko’s second child, and Sean’s first. The two have been an on and off couple since 2016, but got back together in 2020. The two even collaborated on their “Twenty88” album, in 2016. Sean and Aiko have also been one of social media’s favorite couples, during this span of time.

Aiko has been low key, in regards to new music. In December, she put out her “Wrap Me Up” Christmas single. In October, Sean released his “What You Expect” EP with Hit-Boy. This past February, he also appeared on Queen Naija’s “Hate Our Love” single.

Jhené Aiko shows baby bump while out with Big Sean

More in Hip Hop News
Drake performed with Backstreet Boys in Toronto [VIDEO]
City Girls’ JT defends that Doja Cat is a rapper, and not only a pop artist