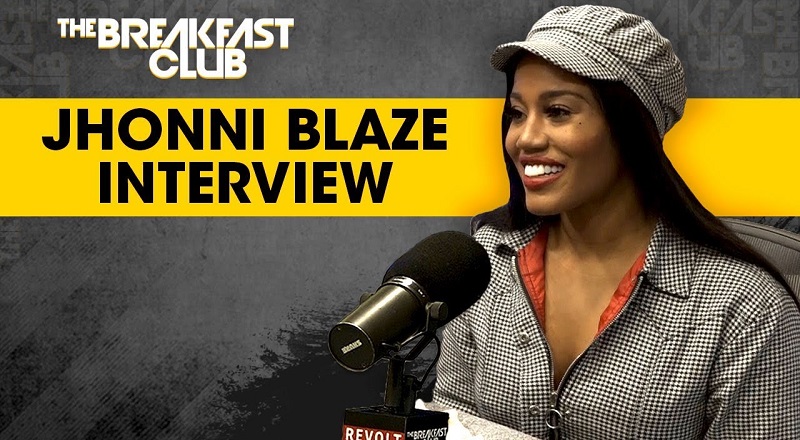 On social media, Jhonni Blaze has been making a name for herself for quite some time. A few years ago, she appeared on “Love & Hip Hop,” where she and Rich Dollaz heavily interacted. That season, she got into it with Diamond Strawberry and Erica Mena.

Jhonni Blaze was previously tied to Drake, but made it clear she wanted a career in music. Seeing how this was before Cardi B, not many people took her seriously. Although K. Michelle made it, people saw her as a major exception.

But, Jhonni Blaze has managed to establish herself as a well-known figure in the game, for her music. Yesterday, Jhonni Blaze stopped by “The Breakfast Club,” where she sat down with DJ Envy, Angela Yee, and Charlamagne Tha God. Discussing “Growing Up Hip Hop,” she also spoke on her traumatic youth, drug use, human trafficking, and more.