Home » Hip Hop News » Jim Brown gets dehumanized on Twitter after blowing off John Lewis’ concerns about Donald Trump presidency and saying “I take offense to that;” Social media calls him out on his own abusive history [VIDEO] 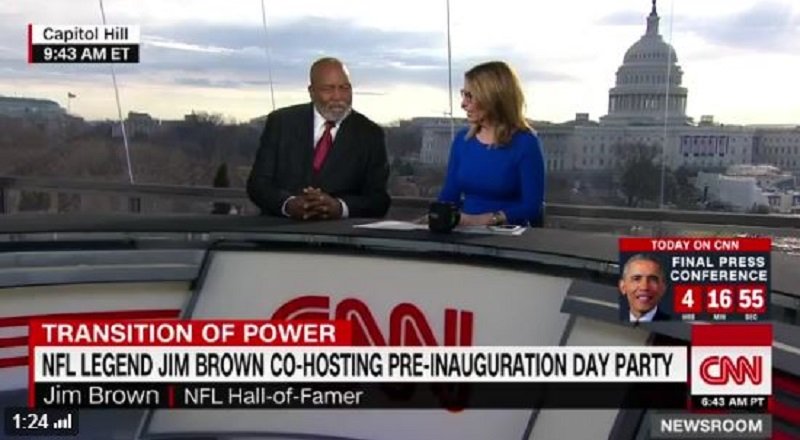 Soon after being elected, Donald Trump began holding meetings with prominent members of the black community. Thus far, all that have met with him have come out with good things to say. This has earned them much backlash from within the community.

DL Hughley is quick to remind everyone of Trump’s racist rhetoric during the campaign season. For that reason, Hughley says he will never be a Trump supporter. Then, Congressman John Lewis expressed his concerns about Trump, only to be insulted by him on Twitter.

Jim Brown is among those who met with Trump and came out of it feeling positive. This morning, he spoke on John Lewis and said he takes offense to his comments, which is strange because Lewis has legitimate concerns. Just as before, John Lewis doesn’t have to do the talking, social media is doing that for him, blasting him for his own history of abuse.

NFL Legend Jim Brown: When I hear John Lewis cry the blues about Donald Trump, I take offense to that https://t.co/UHwqFFYCyz