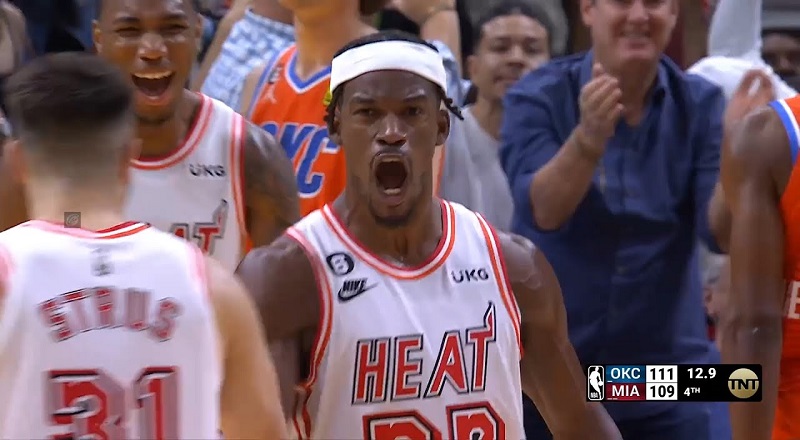 Jimmy Butler joined the Miami Heat in 2019 and officially became a franchise player. While his first season was complicated, Butler did the impossible and led the Heat to the NBA Finals. Most expected the Los Angeles Lakers to dominate the Heat. However, behind the play of Jimmy Butler, the Heat managed to hold off elimination, winning two out of three games to push the series to six. Since that Game 6 loss, Jimmy Butler has been trying to get back to the NBA Finals.

Jimmy Butler led the Miami Heat to the best record in the NBA’s Eastern Conference, last season. In the playoffs, the Heat beat both the Atlanta Hawks and Philadelphia 76ers with relative ease. However, in the Eastern Conference Finals, Jayson Tatum and the Boston Celtics managed to win. Despite this, the last shot came down to Jimmy Butler. Had he chosen to go for the layup, he may have drawn a foul, and played the Golden State Warriors for the championship.

Jimmy Butler and the Heat have struggled, thus far this season. Last night, they hosted the Oklahoma City Thunder on TNT. The game was a rollercoaster, to say the least. In the end, the game came down to the final seconds. The Thunder had a clutch ending to the game, which should have secured the win. A OKC miss changed everything, though. As a result, Victor Oladipo pushed the ball to Butler, who made the game-tying shot, drew a foul, and made the free-throw.