Home » Hip Hop News » Jimmy Butler is already back in the gym, after losing in the #NBAFinals, after his Miami Heat pushed the Lakers to six games [PHOTO] 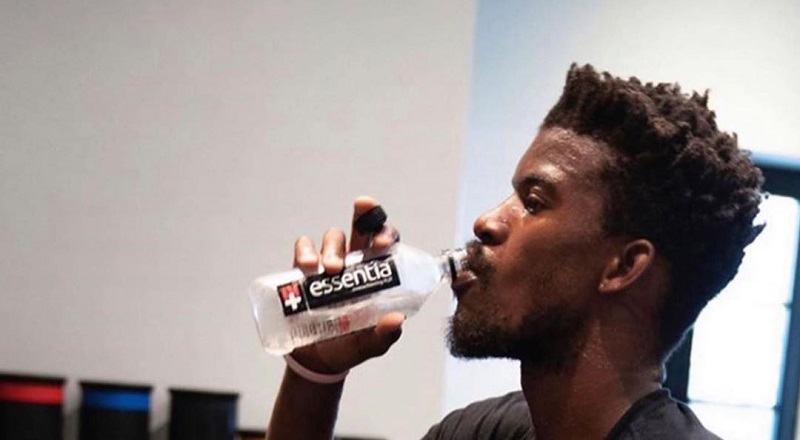 Few people expected the Miami Heat to make it past the second round, let alone to go to the NBA Finals. The 2019-2020 season was filled with wild ups-and-downs. Early in 2020, the NBA was looking for a hero, and it was Jimmy Butler, who answered the call.

Giannis, and the Milwaukee Bucks were dominating the NBA, and there was also Kawhi Leonard, Paul George, and the Clippers making noise. A move from Kemba Walker to Boston was for him to have his chance, and Damian Lillard’s always in the mix. But, Jimmy took over.

After his run, with the Philadelphia 76ers, Jimmy Butler was cast as the villain. At the behest of Dwyane Wade, he joined the Miami Heat, becoming the leader of a crew of misfits. When the NBA restarted, the Heat caught fire, in the bubble, making the playoffs, sweeping the Pacers, knocking off the NBA’s best Bucks, and beating Kemba’s Celtics, in the Conference Finals.

In the end, Jimmy Butler and the Miami Heat, went to the NBA Finals, facing off with LeBron James, Anthony Davis, and the Los Angeles Lakers. Expected to get swept, the Heat won Game 3, and then went onto win Game 5, forcing six games out of this series. Game 6 went as expected, but Jimmy Butler earned the respect of the world, and a day after the loss, he’s already back in the gym, preparing for next season.

More in Hip Hop News
Tia Mowry EMBARRASSES her son, in dance video, when she begins twerking, and he begs her to stop [VIDEO]
Juicy J calls Arby’s out for using a Three 6 Mafia sample, in their commercial, without clearing it [PHOTO]