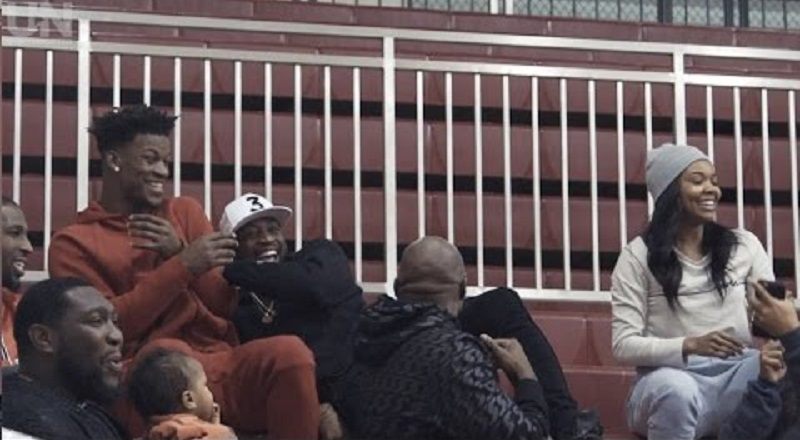 During the 2016-2017 season, the rebellious Dwyane Wade played for the Chicago Bulls, alongside Jimmy Butler. Also paired with Rajon Rondo, the team won the final playoff spot. On the verge of making history, they went up 2-0 in Boston, before losing the next four games.

Jimmy Butler was clearly the leader of the team, following a media-induced struggle with Derrick Rose over the Bulls’ leader. After the season, Jimmy Butler ended up playing for the Timberwolves. There, he led Minnesota to their first playoff spot since 2004.

While it’s unclear where Jimmy Butler will play, this season, he and his ex teammate have had drama. Yesterday, Gabrielle Union posted a thirst trap that Jimmy Butler fell for, and Dwyane Wade shut down. In response to Dwyane Wade shutting him down, he commented “that escalated quickly…”

More in Hip Hop News
Smokey Robinson reflects on the legacy of his longtime friend, Aretha Franklin, on #GoodMorningAmerica #GMA [VIDEO]
CNN’s Angela Rye Is Really Over White House’s Lack Of Diversity, Twitter is Pretty Sure She Sneaks In A Smooth B-Word [VIDEO]