Home » Hip Hop News » Jimmy Fallon is ALIVE, in spite of the #RIPJimmyFallon tweets on Twitter 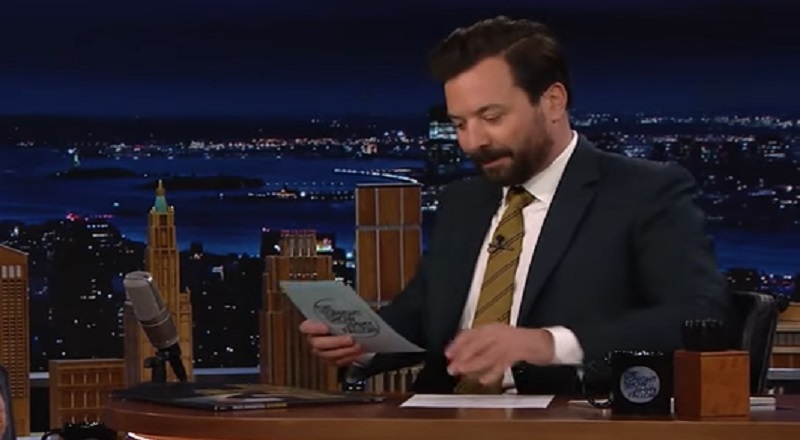 Jimmy Fallon is alive despite unfounded reports of his passing

Jimmy Fallon has become synonymous within the hip hop community, over the past decade. When Cardi B did her first major late night television appearance, Jimmy Fallon was her first stop. Before, during, and after, Fallon has had all kinds of hip hop hosts. As a result, Fallon finds himself mentioned in a large number of rap lyrics. In addition, many artists feel as if they have “made it,” when they appear on his show. Tonight, people saw #RIPJimmyFallon trending on Twitter, and their hearts sank.

Jimmy Fallon rose to fame in the late 1990s. During that time, he was starring on “Saturday Night Live,” where he became a household name. Prior to that, Fallon launched his career in comedy, in 1995. Back then, as a rising entertainer, Fallon had an interest in comedy and music. By 2014, Jimmy Fallon took over for Jay Leno, as the host of “The Tonight Show.” Hosting the show, Fallon had the chance to do comedy, and the chance to participate in music.

Jimmy Fallon is one of the leading trending topics on Twitter, tonight. There are countless unfounded reports of his passing. As a result, #RIPJimmyFallon is trending, and there are fans paying their respects to the comedian. The only problem with that is Jimmy Fallon is still alive. Despite all of the people adding to the hashtag, Jimmy Fallon is among the living. Also, there is nothing on Fallon’s social media even hinting that he has passed away.

Jimmy Fallon is alive despite unfounded reports of his passing