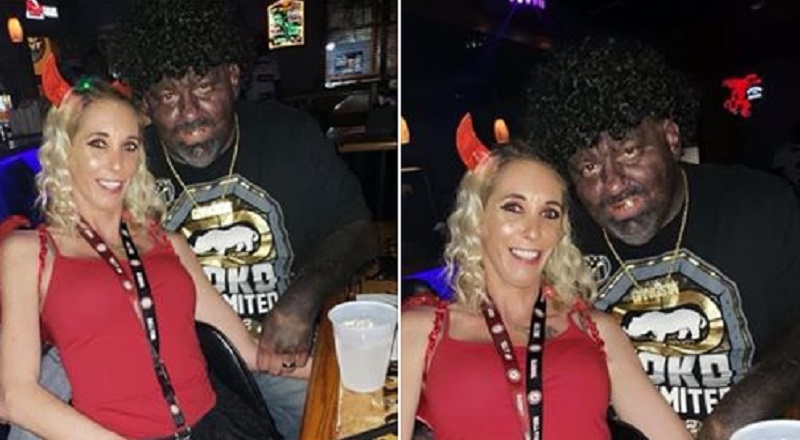 Many local rappers have created coalitions, of sorts, in their hometowns. Alongside other local rappers, many artists do showcases at local clubs. This is a great way to get exposure and to be among peers.

Jmusick Etheridge is apparently a local Mobile, Alabama rapper. Like other areas, Mobile has a vibrant rap scene, and according to Etheridge’s Facebook post, Cowboys and Angels is one of the local rap spots. However, Etheridge is calling for a boycott of the venue.

Sharing to Facebook a photo of the Cowboys and Angels owner (the photo above) in blackface, wearing gold teeth, and a fake afro, Jmusick Etheridge is calling for a boycott of the venue. He is calling the ownership racist and says the local rap scene makes the club a lot of money. Etheridge says this is his first experience of racism and it makes him sick.