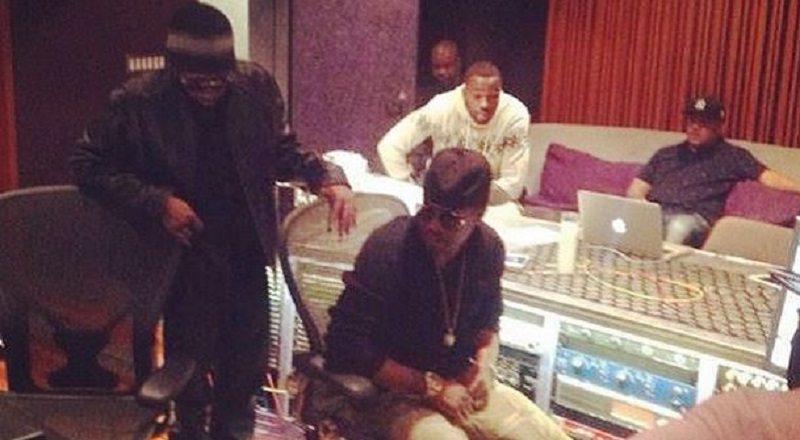 During the 1990s, Jodeci became one of the biggest groups in the industry. Hailing from Charlotte, they were one of the first figures to put North Carolina on the urban music map. Group members, K-Ci and JoJo happen to be related to Fantasia, a more recent Charlotte star.

Jodeci leaked a new track a little over a month ago. With their new record buzzing, Jodeci is preparing something more for their fans. The group is coming together to deliver a new album, their first album release since 1995’s The Show, The After Party, The Hotel.

Since the release of their last album, Jodeci has been on an indefinite hiatus. The time since then saw K-Ci and JoJo have a successful run, releasing several successful singles and albums. Now, however, Jodeci is back in whole with their fourth album, The Past, The Present, The Future, due on March 31 and the artwork and track listing was released today, featuring their “Nobody Wins” single with B.o.B.

See The Past, The Present, The Future album cover below:

Read The Past, The Present, The Future track listing below: