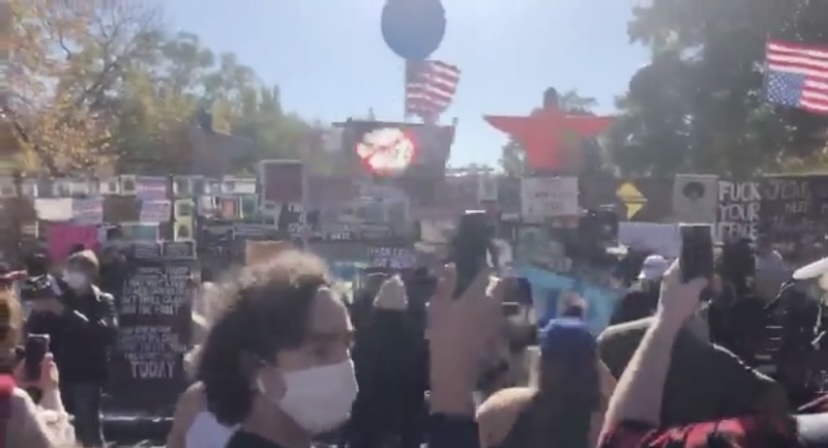 Donald Trump has finally been taken down. Joe Biden became the winner of Pennsylvania this morning which put him over the 270 electoral votes mark to become the president-elect. Kamala Harris also makes history as she becomes the first Black woman/woman to earn the Vice President position.

The nation has since began to celebrate the end of a disastrous four years of Trump being president. With Biden winning PA and Nevada today, the celebrations have officially gone underway nationwide. Outside of the White House, Biden supporters are playing YG’s 2016 hit single, “FDT” (F*ck Donald Trump) featuring the late Nipsey Hussle.

FDT has been the anti-Trump anthem since 2016 and is still a classic. It definitely hits different today. The question now is how much more complaining Trump will do before he has to leave the White House in January. Congrats to Biden and VP Kamala Harris on a historic victory. Check out the FDT celebrations outside the White House below.