Home » Hip Hop News » Joe Budden speaks on Cyn Santana break up rumors, admitting she moved her stuff out of their house, and they haven’t spoken in a while, as fans drag her comments about black men treating Latina women better [VIDEO] 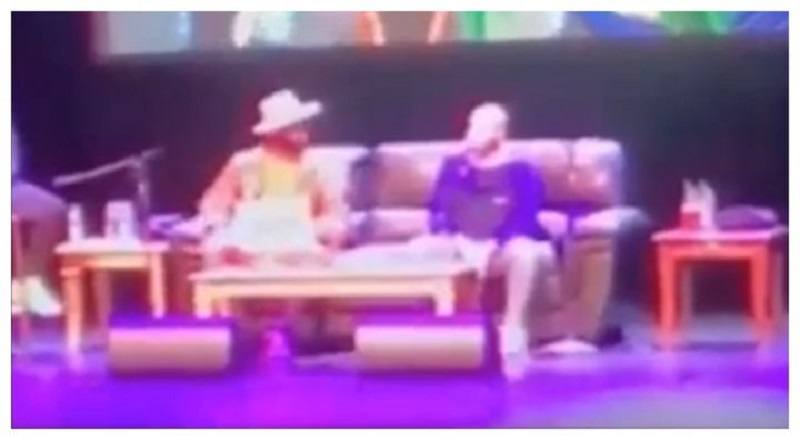 Three years ago, Joe Budden and Cyn Santana began dating. The two likely first met, on “Love & Hip Hop,” where the two were co-stars from 2013-2014. During that time, Joe Budden was still with Tahiry Jose, meanwhile Cyn Santana was with Erica Mena.

“Love & Hip Hop” made big changes, heading into 2018, and they brought Joe Budden and Cyn Santana back. Even though fans knew they were together, it was weird seeing it on THAT show. The last time they were on, they were with different people.

Last week, Joe Budden and Cyn Santana removed each other from their Instagram profiles, and unfollowed each other. Since then, subliminals have been thrown. But, Joe Budden did a live taping of his podcast, down in Tampa, where he expanded on the rumors, saying Cyn has moved out of the house, they are not talking, but they are still together.

More in Hip Hop News
Ella Bands and A Boogie appear to be back together, as Ella shares a pic of her laying in his arms [PHOTO]
Denver Nuggets vs Portland Trail Blazers – Game 4 – Full Game Highlights | 2019 NBA Playoffs #NBAPlayoffs #RipCity #MileHighCity #DENvsPOR