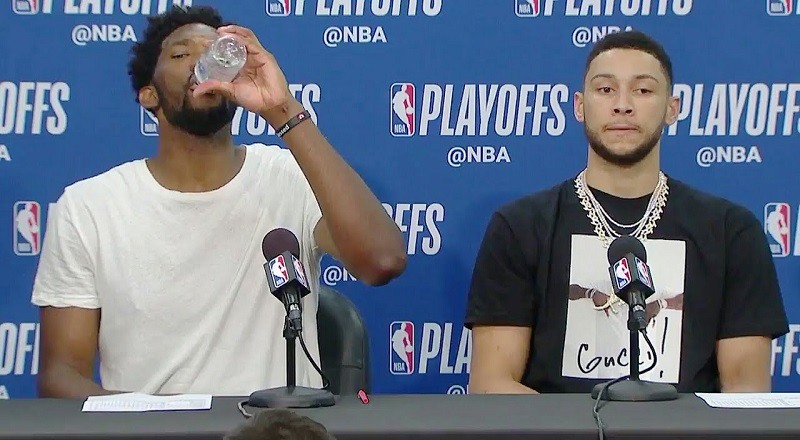 In Game 3, Marco Belinelli hit a clutch shot that made the 76ers believe they won the game. After going down 0-2 against the Celtics, in Boston, the Sixers had confetti falling from the ceiling. Too bad, the Sixers had to wait for all the confetti to drop, before overtime came.

Al Horford closed the Sixers out, in overtime, which was another game where Ben Simmons disappeared. Some fans don’t like Ben Simmons being classified as a rookie, but his performance in this series proves that he is. Tonight, there was none of that, though.

After the Sixers finally took a win in this series, albeit one that brings them to a 3-1 deficit, Joel Embiid and Ben Simmons talked to the media afterward. The two talked about getting their first win in the series, and avoiding the sweep. Asked about his skirmish with Terry Rozier, Joel Embiid also threw some shade his way.