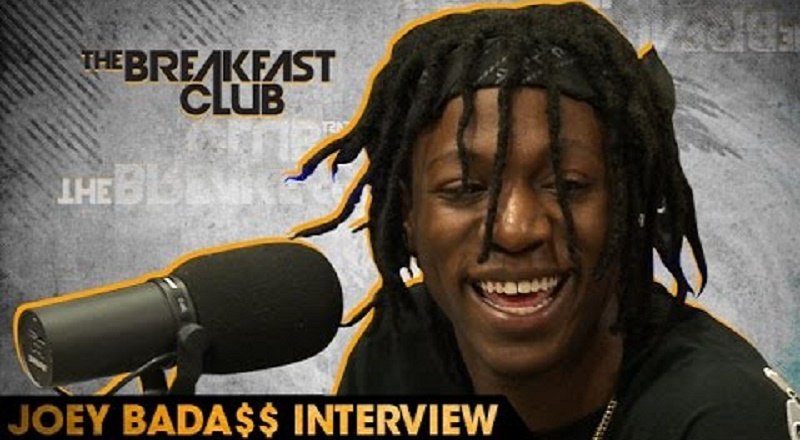 Last week, Joey Bada$$ made a strong return to the spotlight with the release of his new single. The single is called “Devastated” and the music video recently dropped for it. Since then, Joey Bada$$ has continued dropping new music.

Joey Bada$$ is fast becoming a major star in entertainment, as he has a role in Mr. Robot, the upcoming movie. His character plays a major fan of “Seinfeld.” Outside of this, Joey Bada$$ is touring alongside TDE star, ScHoolboy Q.

Recently, Joey Bada$$ stopped by “The Breakfast Club,” talking to the trio, DJ Envy, Angela Yee, and Charlamagne Tha God. He discussed his new single, “Devastated,” his meeting with Jay Z, the ScHoolboy Q tour, and much more. Joey Bada$$ also spoke on growing up in the same neighborhood as such names as Bobby Shmurda, but having a different style.