Home » Hip Hop News » John and Chrissy are so cute to the #GRAMMYs audience; Fans say they are beyond obsessed with John Legend and Chrissy Teigen 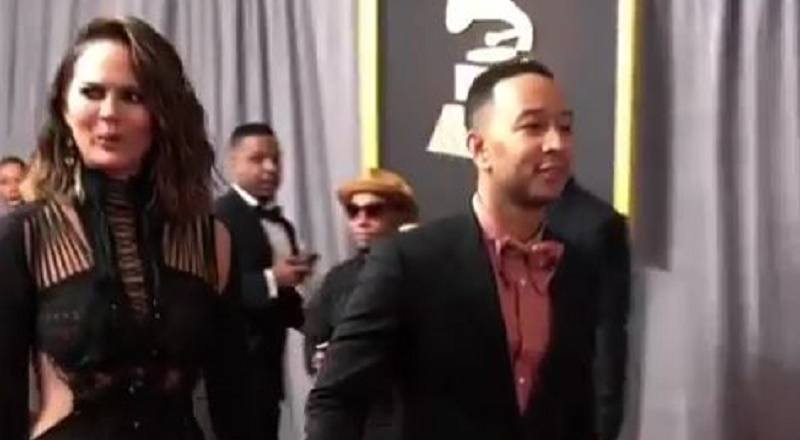 When John Legend and Chrissy Teigen arrived on the red carpet for the Grammys, they owned it. Recent years have seen John and Chrissy become a powercouple, in their own right. Both have blossomed into powerhouses in the game.

Chrissy Teigen has made herself into a household name through her political tweets. She never resists a moment to take aim at her conservative counterparts. Because of this, Chrissy is always going in on one person or another.

John and Chrissy have emerged as a leading Twitter trending topic for fans. The two arrived on the red carpet and immediately gained the adoration of all of the fans. Everyone on Twitter was showing John Legend and Chrissy Teigen much love.

Read the tweets about John and Chrissy below:

More in Hip Hop News
Cee-Lo, WTF??? #GRAMMYs viewers are going in on his outfit, they are calling him a graham cracker, a Power Ranger, and every other character out there
2 Chainz has a #GRAMMYs before Nas? Fans show love to 2 Chainz for his Grammy win, but wonder how Nas still doesn’t have a Grammy