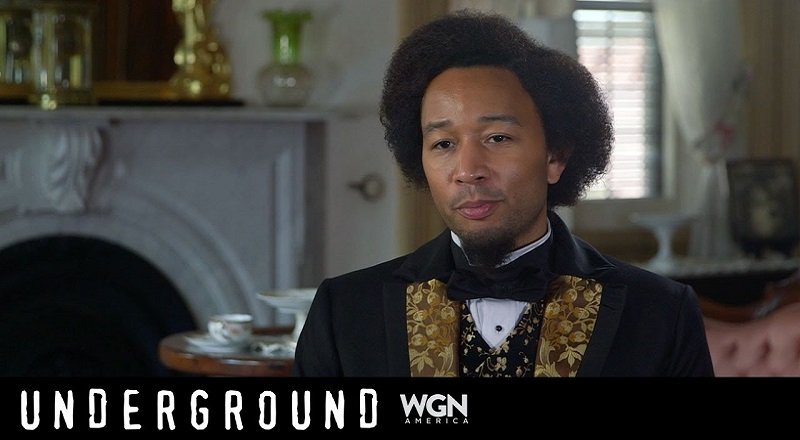 Since 2015, fans have kept up with “Underground,” WGN’s breakout series tackling slavery. Holding nothing back, “Underground” was executive produced by John Legend. Well-known as a singer, Legend expanded to producing and acting in a serious role.

During season two of “Underground,” John Legend made his debut playing Frederick Douglas. The popular singer really won fans over with his compelling portrayal of the historical figure. Even with the critical acclaim, WGN decided to end “Underground,” to the dismay of fans.

John Legend, in many ways, is the voice of “Underground,” and he is vocal. Fans are upset that the show is over, but John Legend has reminded them this isn’t over and he’s asking fans for help. He told them “Underground” will continue and asked fans to suggest a network or service it could air on.