Home » Hip Hop News » John Wall calls out fellow NBA superstars for linking together and creating superteams, saying he and Bradley Beal are all they got [PHOTO] 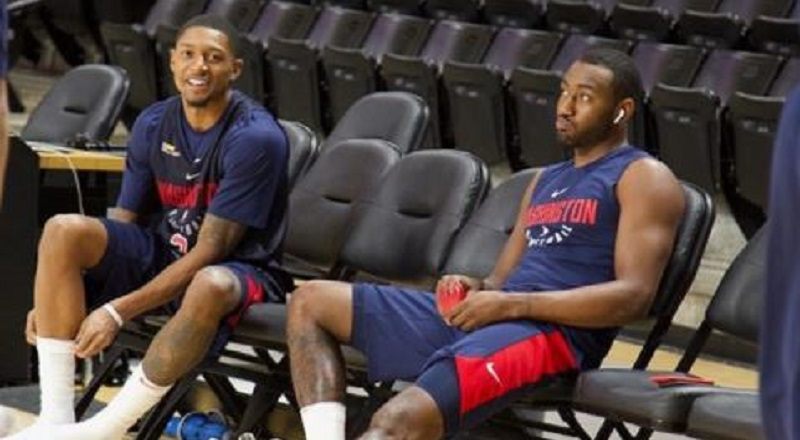 Things have changed in the NBA and the shift has been so gradual that people think it started only recently. But, in 2003, Shaquille O’Neal recruited Gary Payton and Karl Malone to join the Lakers. At the time, he and Kobe Bryant were already on the team.

Their failure to win the 2004 championship kept many teams from acquiring more than two stars. But, the Boston Celtics took that risk, in 2007, trading for Ray Allen and Kevin Garnett. Their unit, with Paul Pierce tormented LeBron James and Dwyane Wade.

Finally, the Miami Heat brought Wade, James, and Chris Bosh together, until LeBron left, aligning with Kyrie Irving and Kevin Love in Cleveland. Until last summer, the Warriors were acclaimed for being an organic team, but KD ruined that, and his Thunder have since traded for Paul George and Carmelo Anthony. John Wall and Bradley Beal are organically turning the Wizards into contenders and he took shots at squads like those Thunder.

More in Hip Hop News
Toya Wright shares a video promo, announcing her rumored pregnancy, and her baby is due on October 26 [VIDEO]
French Montana talks being poor, Cocaine City, and Akon giving him a fake Rolex for his birthday with Funkmaster Flex [VIDEO]