Home » Hip Hop News » John Wall carried the Wizards to victory, but Twitter starts going in on the Raptors for their choke job, blowing a big lead in Game 4 #WizRaptors #NBAPlayoffs 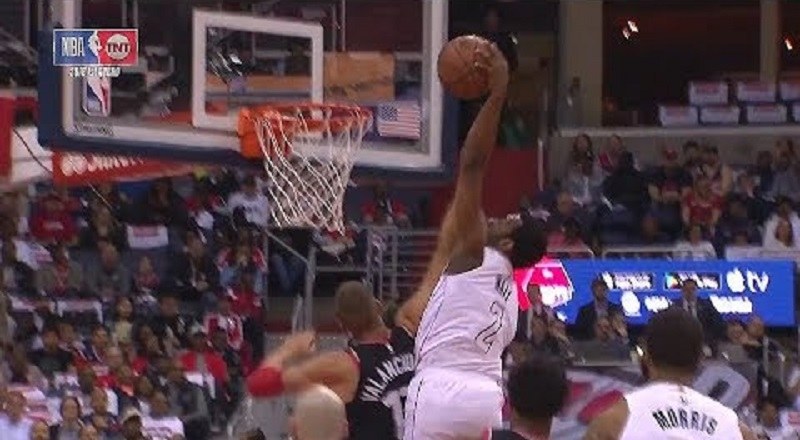 As if last year wasn’t indicator, enough, John Wall doesn’t shy away from the moment. Seeing how the Wizards are the eighth seed, they weren’t expected to do much, this postseason. But, the Wizards always match up well against the Toronto Raptors.

After their disappointing end to last season, DeMar DeRozan took it upon himself to step up. Kyle Lowry chose to stay with the Raptors and they won a franchise record 59 wins, getting the top seed. With all of those franchise firsts, they were expected to make noise.

When the playoffs started, the Raptors went up 2-0, but they got blown out in Game 3, in DC. But, in Game 4, it looked like the Raptors were going to win it, until John Wall got going. While the fans are giving Wall his deserved credit, and Bradley Beal, for that matter, they are going in on the Raptors for choking, again.

Read the tweets about the Raptors’ Game 4 loss below:

More in Hip Hop News
Kanye West announces he is producing Nas’ next album and that it drops on June 15 [PHOTO]
Lance Stephenson was taken out of the game… Why did Nate McMillan take him out? That’s the reason the Cavs won and are going back to Cleveland tied 2-2, but Twitter says Lance goes harder than a Russian and gives it to LeBron #CavsVsPacers