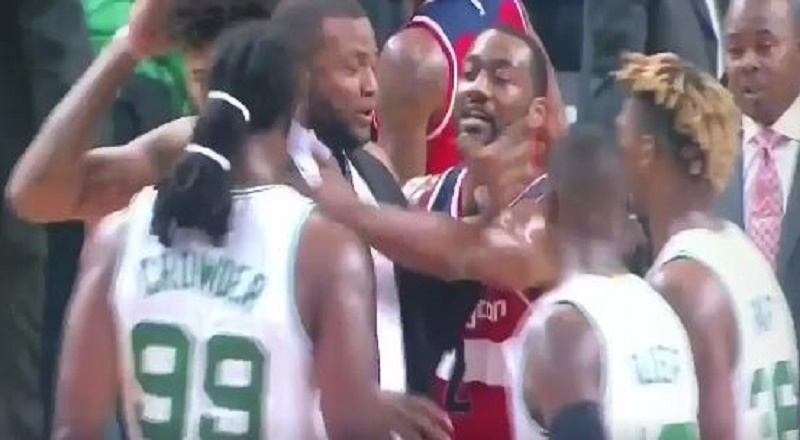 Tonight, there was a lot of NBA action and John Wall saw his name all over it. Since he joined the league, John Wall had pressure on him to bring the Washington Wizards to prominence. Following the early success of Derrick Rose, critics expected the same of John Wall.

However, it would take John Wall a long time to get it together. It wasn’t until 2014 that the Wizards made the playoffs during the Wall era. They followed this up in 2015, but injuries slowed them down last season.

Until tonight’s game, the Washington Wizards looked like they were ready to take hold of the Southeast Division title. But, John Wall’s exchange with Jae Crowder may have changed things. This fight was memorable in this new, tame, NBA, and his smack of the Celtics’ forward after the Wizards’ loss is a classic for fans on social media.

Watch the exchange between John Wall and Jae Crowder below:

Read the tweets about John Wall below:

More in Hip Hop News
Migos’ new album, “C U L T U R E” has leaked weeks before the actual album release date #Culture
Charlie Sheen shades the life out of Rihanna on #WWHL, when he doesn’t remember who she is, at first, when asked about her, and then says “that b*tch” [VIDEO]