Home » Hip Hop News » John Wall got his first dunk as a Houston Rocket and fans are trashing it, saying Westbrook was stronger, and criticizing his backcourt with James Harden [VIDEO] 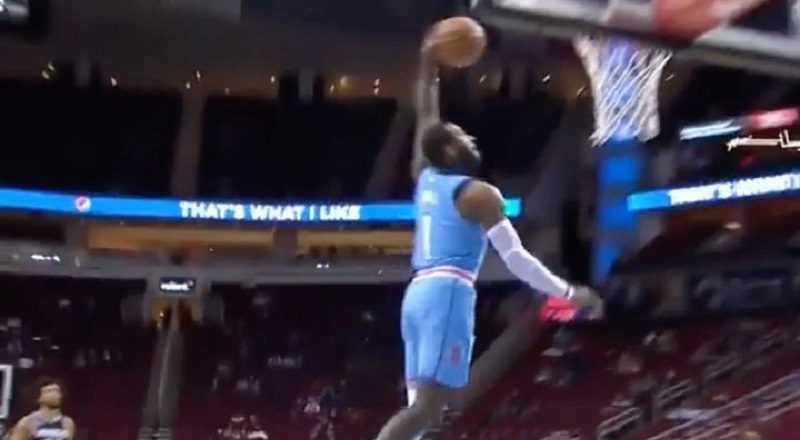 Ten years ago, John Wall was the NBA’s first overall draft pick. His job was to bring the Washington Wizards to the forefront of the league. The first few seasons were tough, until the 2014 season, when the Wizards made the playoffs, beat the Bulls, and pushed the Pacers.

John Wall was rising in popularity, becoming a star in the league. The 2015 season saw a strong start to the season, and a playoff run where they upset the Raptors, before pushing the Hawks to six. In 2017, John Wall had an epic duel, with Isaiah Thomas, losing to his Celtics.

Injuries have slowed John Wall down, since 2017, and he now has a new home, with the Houston Rockets. Tonight, John Wall caught a pass from James Harden, on the fast break, getting this easy dunk. While it was all good, the fans were ready to go in, trashing John Wall, saying Westbrook was better, and criticizing their new backcourt.

Read the tweets about John Wall’s dunk below: