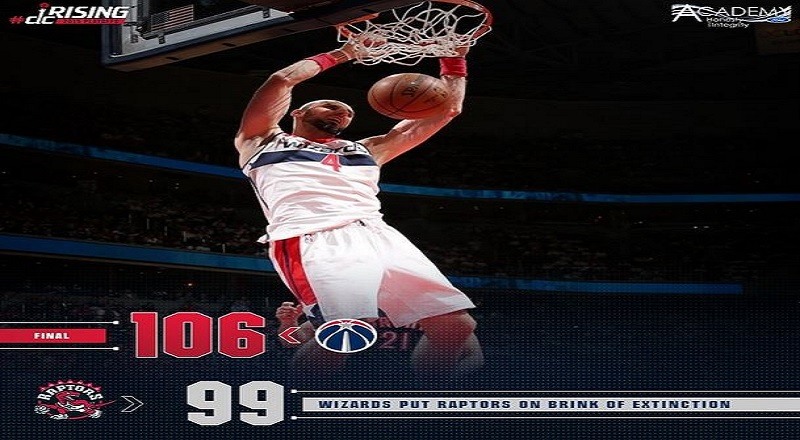 A lot of attention was given to the Washington Wizards before the start of the 2014-2015 season. Always a team with potential, with John Wall as their leader, the Wizards capitalized off it in 2014. They came out strong and made the playoffs for the first time in six years.

Starting off the 2014-2015 season, Wall, and the Wizards, with a key acquisition in Paul Pierce, were scorching. They got off to a 22-8 start and were early favorites to top the East. Of course, the Atlanta Hawks took that position, but the Wizards remained in contention.

Their 46-36 record earned them a matchup with DeMar DeRozan and the Toronto Raptors, another team that started hot, but cooled off. In the first two games of their 2015 first round series, it was Washington who came out on top with two victories. Nothing slowed them when they came back home, as Paul Pierce dropped 18 points, with a critical three pointer to seal the game and John Wall chipped in 16 points for a 106-99 victory, while Toronto was led by DeMar DeRozan’s game high 32 points, including his franchise record-breaking 20 points in the first quarter.