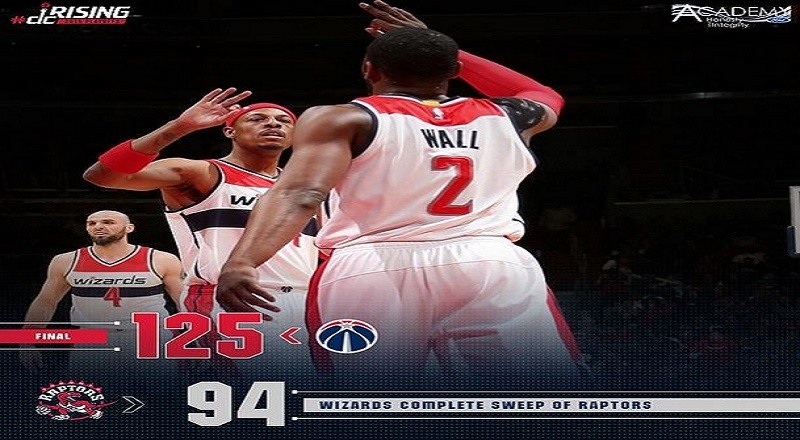 Before the start of the playoffs, Wale talked to “ESPN: First Take” about the Washington Wizards. He believed they had what it takes to win a championship this year, as they closed the season strong. Wale said if they played how they did at the start of the season, they would be unstoppable.

Eventually, the Washington Wizards went 24-28 outside of their red-hot start to the season. This was good enough for a 46-36 records, two more wins than last year. Posting this record earned them a first round matchup with the Toronto Raptors, who had a franchise record 49 wins.

Tonight, John Wall and Paul Pierce made sure the Toronto Raptors’ final win over the Charlotte Hornets would be their final win of the season. John Wall and Paul Pierce played well, but it was Marcin Gortat who led the way with 21 points, while Kyle Lowry led the way for Toronto with 21 points, 8 rebounds, and 4 assists. In the end, the Wizards swept the Raptors out of the playoffs and the fans on Reddit reacted.

Watch the highlights below: