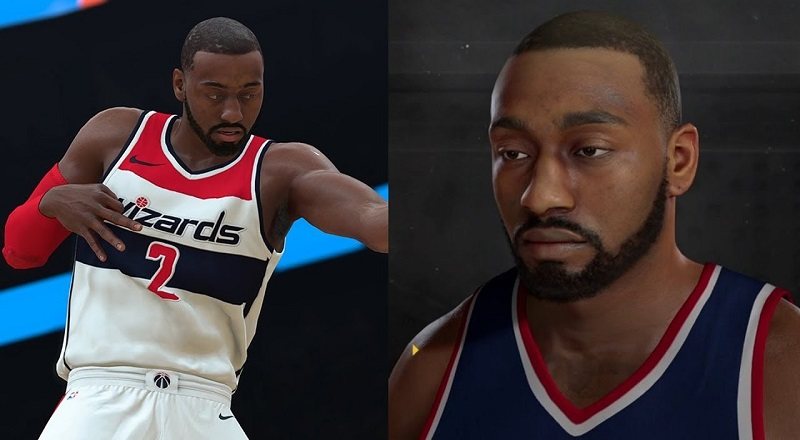 It may have taken John Wall a little while to figure it out, but since he has, he’s become one of the NBA’s best players. On top of that, the Wizards have gone from being a joke to being a threat in the East. In the playoffs, Wall and his Wizards pushed the Celtics to Game 7.

John Wall ended up being a darkhorse MVP candidate, as the Wizards ran through the second half of last season. When the playoffs began, they made quick work of the Atlanta Hawks. Paying them back for their 2015 matchup, they got rid of the Hawks and gave Boston that work.

But, in the eyes of the NBA 2K18 braintrust, all of that was good for a 90 rating. While most players would love to have a 90 overall, it wasn’t good enough for John Wall. He voiced his opinion, letting Ronnie Singh know “u a joke,” via Twitter.

More in Hip Hop News
Chris Brown slams a fan who tells him “Automobiles & Pills” is garbage and he keeps disappointing, calling the person an ungrateful fan and says his album has 40 songs on it [PHOTO]
Reima Houston speaks out on Bobby V accusations about her extorting him and invites media outlets to come to her and get the full story [VIDEO]