Home » Hip Hop News » Joie Chavis gets exposed by IG blogger, who leaks their DMs, where she refers to Future’s other children as “disgusting mistake kids,” and she admits to getting pregnant by Future on purpose [PHOTO] 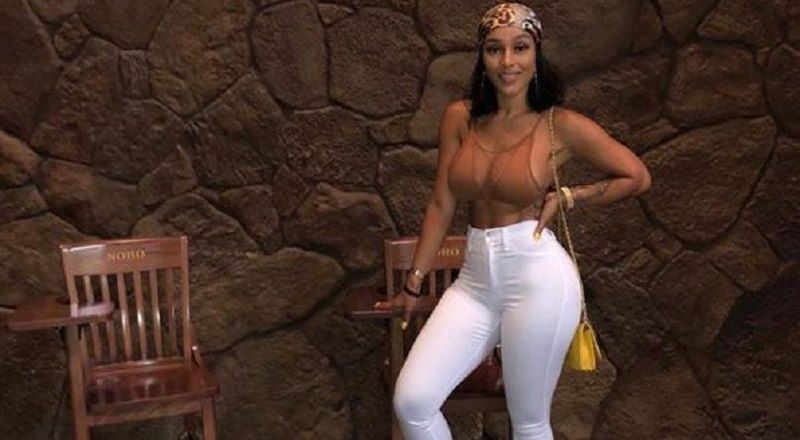 The only thing that’s officially known about Joie Chavis, best-known for being Bow Wow’s baby mama, is that she’s pregnant, and not by him. A lot of unofficial reports say Future is her child’s father. There is a lot of evidence that points to him, but she hasn’t said anything, yet.

Joie Chavis is someone who has been around the industry for a long time, so she knows how things go. Eight years ago, she and Bow Wow were together and had their child. So, that time with Bow Wow, until now, is close to ten years.

Recently, Joie Chavis found herself the target of an IG blogger. This blogger went in, sharing tons of DMs from Joie Chavis, talking about her and Future. If these DMs are really Joie, she’s going in on his other baby mamas, and children.

More in Hip Hop News
BoonK has done it again, this time the rapper goes back on IG Story, sharing a video of him performing on another woman, and Twitter says he’s going to get his IG deleted, he really shared another sextape (FULL VIDEO INCLUDED) #Boonk #BoonkGang [VIDEO]
Fan posts pic with Waka Flocka Flame and says she and her crew had fun, even though Tammy cursed Waka out [PHOTO]