Home » Hip Hop News » Jojo and Tip, yeah let’s see that again! Twitter asks how Miami Tip could have beef with Jojo and then kiss her like that, with one fan saying she thinks Tip only beefs with girls to get with them, like how she did with Gunplay’s girl, Keyara #LHHMIA 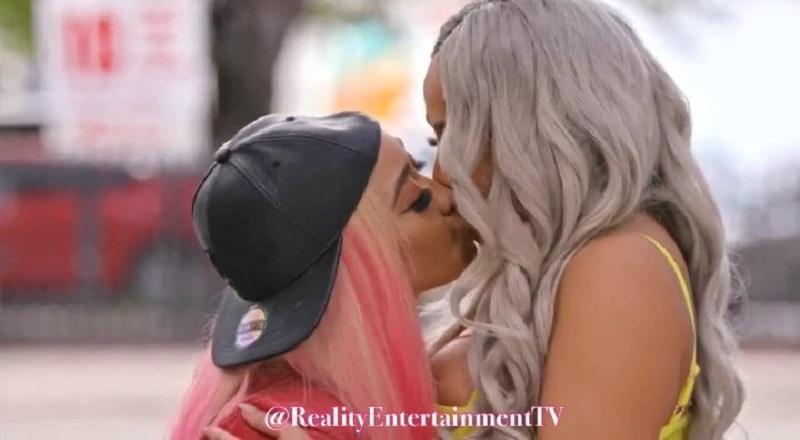 Wait, Tip kissed Jojo? Yes, she did, and that’s not all that she did, either. Since the start of the season, Miami Tip has thrown Jojo shade, and not wanted to be around her, despite both having Bobby Lytes as a friend.

On last night’s episode of “Love & Hip Hop Miami,” Bobby decided to arrange a meeting between the two. When Tip realized Jojo was there, she was very upset. But, the beefing only lasted a few seconds, and then Tip suddenly kissed Jojo’s lips, followed by some other areas.

While Bobby Lytes was standing there, stunned, Miami Tip walked off, with a shaken Jojo, holding her hands. Definitely, the male viewers’ interest piqued, with that one. Hours later, Twitter is still bananas over that one.

Read the tweets about Jojo and Tip below: