Home » Hip Hop News » Joseline airs Stevie J all the way out, on Valentine’s Day, posting a pic of Stevie and Faith Evans, telling her to keep her eye on him, when he calls her, asking to see her booty; Twitter says she probably lets him and that she wakes up and chooses violence [PHOTO] 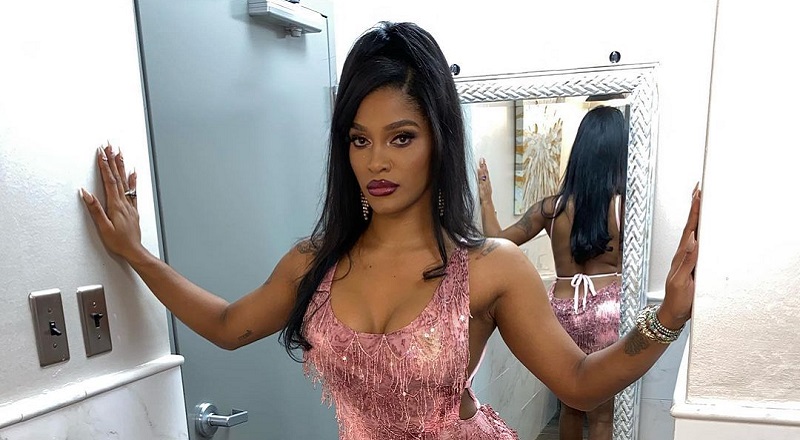 Never has Joseline Hernandez ever had a chill button. She is always sitting on ready and she’s the reason “Love & Hip Hop Atlanta” was so popular. Her energy also helped the other shows, like the “Hollywood” spinoff.

Joseline and Stevie J had their classic moments and fans got used to seeing them every summer. The back-and-forth they had, fans felt like it would never end. Even when they broke up, they were together, and then the baby came.

But, 2016 saw Stevie J and Joseline break up, for real, and he moved on with Faith Evans, marrying her. Meanwhile, Joseline is now with DJ Ballistic, and even said he and Stevie have become good friends. On Valentine’s Day 2021, Joseline decided to air Stevie out, sharing a pic of him, with Faith Evans, and accusing him of calling her, asking to see her booty, to which Twitter says it’s crazy that she probably lets him, and that Joseline wakes up and chooses violence.

Read the tweets about Joseline below:

More in Hip Hop News
OH, TERRY, YOU’RE KILLING ME! Terry Rozier owns NBA Twitter, after crossing up Drew Eubanks, and the announcer goes CRAZY! [VIDEO]
Kandi is receiving all the props, from Twitter, for checking Kenya over her lack of communication, regarding the Charleston trip, missing out on those crab cakes, and being left behind; #RHOA fans are glad she’s holding Kenya accountable, and fans say she should have hosted