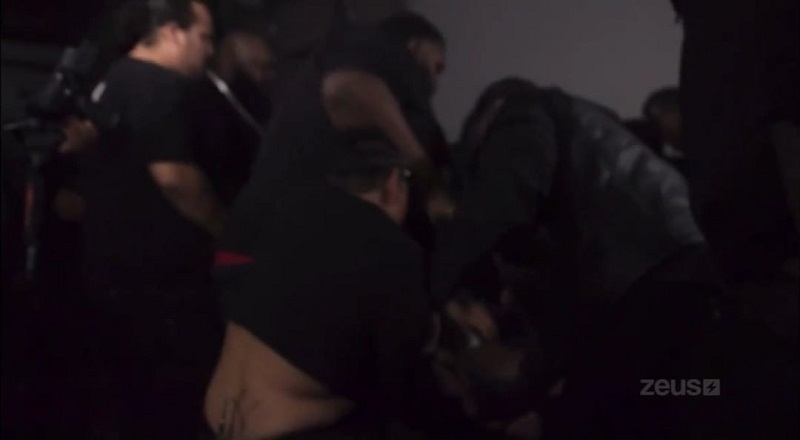 Joseline Hernandez is used to reunion show drama. From 2012 until 2017, Joseline had her fair share of throw downs. Despite Joseline having ongoing issues with Amber Ali, few saw it going this far. Amber Ali and Joseline had all out war. Joseline previously showed out on LHHATL in 2014. Back then, Joseline went at Tammy Rivera.

Joseline and Amber Ali had a different kind of beef. Amber Ali accused Joseline and Balistic Beats of hitting her. After that, Amber Ali hired a lawyer to handle her case. In turn, Joseline bragged on social media that Amber could not sue her. It turns out, Joseline’s ladies signed a clause stating they could not sue.

Joseline’s actions were not without consequence, however. Firstly, Joseline was disproven, as it was said that she can be sued. Secondly, the Zeus Network released a statement separating themselves from Joseline. Thirdly, rumors stated Joseline would be fired. Finally, Joseline and Zeus both spoke. They said the partnership would continue. Amber Ali and Joseline got into it on the reunion show. This weekend, Amber and Joseline’s fight aired.

Joseline and Amber had tension all season. “Joseline’s Cabaret” is about her mentoring women. However, Amber Ali didn’t appreciate Joseline’s approach. A lot has been said about the reunion. Some said Joseline won the fight. Amber Ali was the one taking action, however. A clip of Amber has gone viral. Amber Ali clearly hit Joseline in the video clip. As a result, Joseline is heard screaming. On Twitter, Amber Ali was crowned the winner.

More in Hip Hop News
Sean “Diddy” Combs Announces New Signee, Jozzy To Love Records At Billboard Music Awards
Brandy says she will crush Jack Harlow on his own rap beats and sing him to sleep at age 43