Home » Hip Hop News » Joseline Hernandez isn’t dissing Cardi B on “Hate Me Now,” she is targeting Nicki Minaj, reportedly because she wouldn’t give her a verse #LHHATL 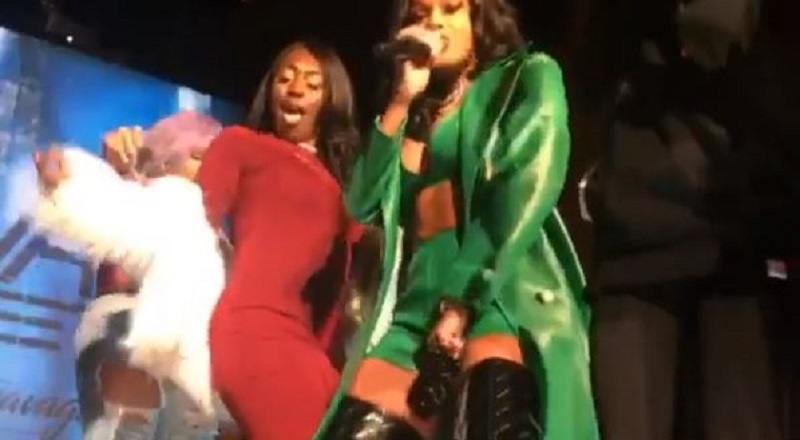 Suddenly, Joseline Hernandez is back in the headlines. For those who may have lost count, Joseline left “Love & Hip Hop Atlanta,” following the end of season six. Following this, she called Mona Scott-Young out, and began beefing with K. Michelle, onetime friend and lover.

Joseline Hernandez recorded a track called “Run Me My Money,” which is aimed at Mona. However, the song title led to Joseline being called out by a LA rapper who worked with Game. Apparently, he had a song of the same name, a few years ago.

When Joseline Hernandez returned with her single, “Hate Me Now,” people thought she was going at Cardi B. Joseline did nothing to dissuade those rumors, instead feeding into them. But, now, there are claims the track is actually aimed at Nicki Minaj, speculation says it’s due to her turning down a feature.

More in Hip Hop News
T.I. flirts with Tiny, reposting her #UpscaleMagazine cover, saying “This the look right here Mrs. H” [PHOTO]
Nicki Minaj comes under fire from Native Americans, who are dragging her on Twitter for sharing sexualized pics of Pocahontas