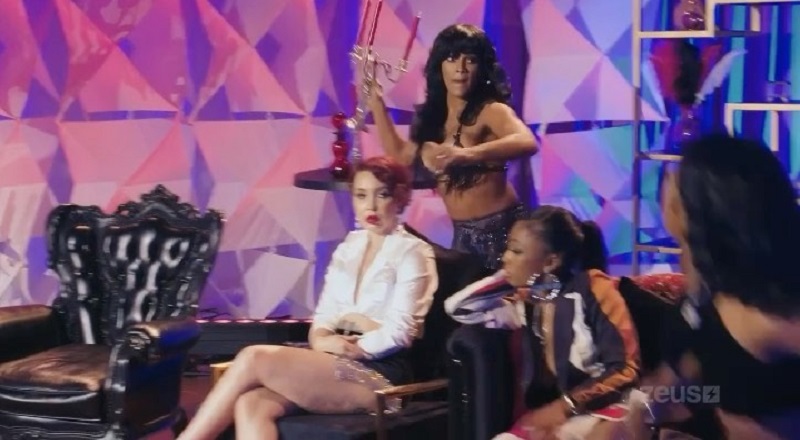 In the nine years since Joseline Hernandez rose to fame, she’s been known for fighting. On “Joseline’s Cabaret,” she routinely gets into it with her girls. From the start of this season, it was clear Big Lex was going to cause problems, and they came to a head, during the reunion show.

During the promos for the “Joseline’s Cabaret” season, Big Lex was picking fights with the other girls. As the season progressed, she and Joseline wound up at odds. When the reunion show took place, all of this animosity came to a head.

Tonight, the “Joseline’s Cabaret: Atlanta” reunion show aired and Balistic Beats ended up going off. He directed his anger at Big Lex, for her disrespect of Joseline Hernandez. But, Joseline can fight her own battles, evidenced by her countless fights, and she would handle Big Lex, on her own, throwing a candle holder at her, during the reunion.

More in Hip Hop News
Mbosso ft. Liya – “Your Love” [VIDEO]
SZA Says It’s Disrespectful For Lawmakers To Pass Bills To Give Holidays To Hip-Hop, While Ignoring How States Such as Tennessee and Texas, are Allowed To Ban Schools From Teaching Critical Race Theory