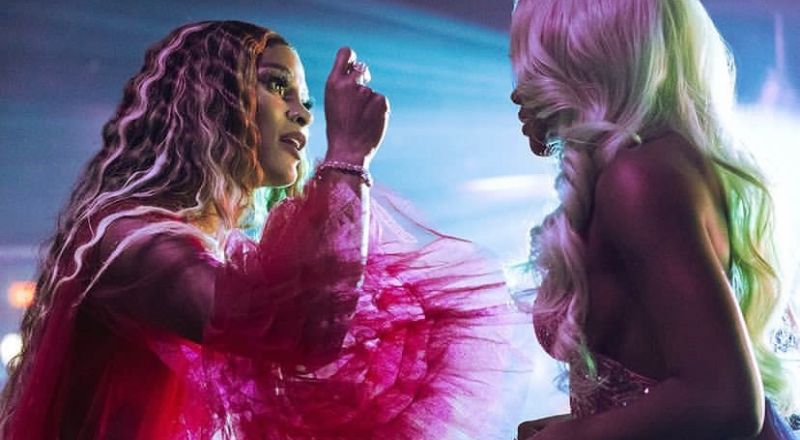 Joseline Hernandez will guest star on upcoming episode of P-Valley

Joseline Hernandez is hitting the TV screen with her guest appearance on the popular show P-Valley. The “Puerto Rican Princess” brings her passion, attitude and boss lady demeanor to the show. According to an exclusive from ET, Joseline will play the role of “Fairy Godmother” to Shannon Thornton who plays the character ‘Keyshawn’ on the series. In a sneak peek clip via Instagram, Joseline comes on the scene wearing a long red lingerie outfit. Her character of “Fairy Godmother” offers advice before quoting Cardi B in the scene.

Joseline Hernandez was introduced to the world in 2012 when she was cast on VH1’s “Love & Hip Hop Atlanta.” Joseline was stripping in the ATL area where she eventually met mega producer Stevie J. Their relationship became the highlight and downfall of the ATL season, forcing Joseline to quit the show for good. She then created her own show, “Joseline’s Cabaret,” that aired on the Zeus network in 2020. The show received horrible reviews with cast members filling a $25 Million dollar lawsuit for assault against Joseline.

Joseline Hernandez released some singles that went viral on social media including, “Live Your Best Life.” The single has reached over 2 million views on YouTube and became a trending sound on TikTok. At the start of 2022 she released another hit, titled “Vegas (I Want To Ride),” which currently sits at 6 million on YouTube. The new episode of “P-Valley,” featuring Joseline Hernandez premieres Sunday, July 3, on Starz.

Joseline Hernandez will guest star on upcoming episode of P-Valley

More in Hip Hop News
Iggy Azalea says she doesn’t care about anyone’s opinion, after rumors of her being on a date with Tory Lanez
Chris Brown’s “Breezy” album debuts at number three in US