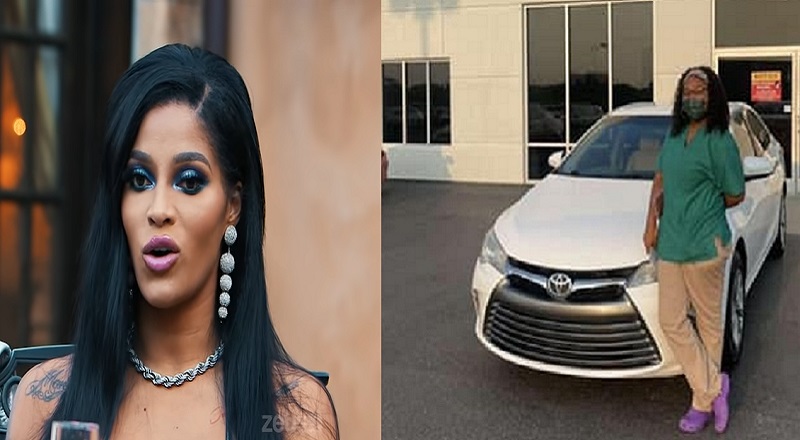 Understand that Joseline Hernandez didn’t rise to fame by being a nice person. Nine years ago, “Love & Hip Hop Atlanta” introduced Joseline as a bad girl. The moment that put her on the map was during Stevie J’s infamous fight with Lil’ Scrappy.

Joseline Hernandez has had on and off camera feuds with nearly every woman, on “Love & Hip Hop.” In 2017, Joseline finally had enough and left the show. After talking about doing talk show hosting and WEtv, with her own show, she resurfaced with “Joseline’s Cabaret,” on Zeus.

While Joseline Hernandez has a hit on her hands, with “Joseline’s Cabaret,” she faces backlash. Yesterday, a woman named Trinity Bethune dominated social media, as she purchased a car from Lumberton Honda, in North Carolina, and the dealership called her “Bon Quisha.” In the IG comments, Joseline laughed, which led to fans dragging her, badly.

More in Hip Hop News
Kawhi Leonard could possibly leave the LA Clippers, during free agency
Blueface Attempts To Fight Fan, Who Entered The Ring and Threw a Punch at Him, After His Bare Knuckle Fighting Championship Win, Over TikToker, Kane Trujillo [VIDEO]