Home » Articles » Joycelyn Savage Partners With Subscription Content Service, Patreon, to Expose What She’s Gone Through Being With R. Kelly and The Promises He Didn’t Keep in Helping Her Music Career [VIDEO] 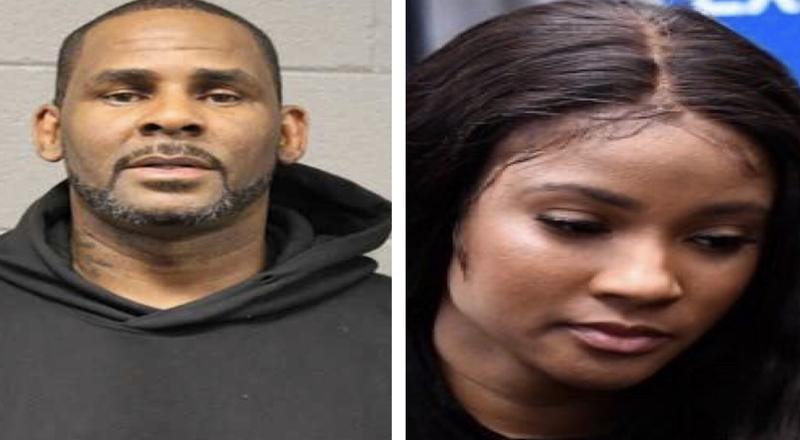 R. Kelly has been locked up since the summer on different sex crimes in three different states (New York, Illinois, and Minnesota) He’s been held without bond and was recently denied a release after trying to cite issues with his health.

Joycelyn Savage is a young lady who’s supposedly been held against against her will by Kelly over the last few years and has been living in his Trump Tower condo in Chicago. She’s been making appearances at his court hearings as well. Now, it looks like she’s done with him and will air out how he’s been treating her.

According to Savage on Instagram, she is partnering with a paid-content site called Patreon. Savage will post daily chapters of her story. She added that she is breaking an NDA and these videos are for an 18+ audience. The first story, “Where It All Started” is now available. According to The Daily Beast, she detailed how she first met Kelly at a concert of his when she was 17 and that she enjoyed it but had mixed emotions. Kelly also promised that he’d make her the next Aaliyah.

Savage even went on to drop out of college to live with Kelly and things went downhill fast as he was very controlling of her. He always made her call him “master” and “daddy.”

Kelly is definitely looking at a very long time in prison. Savage spilling this tea should add on to the evidence used against him whenever he finally goes to trial. Check out the preview of Savage’s videos on Patreon below.

More in Articles
Porsha Williams drags Loni Love, calling her the B-word, and adding F you, for good measure, over Loni saying Porsha is trying to secure her own reality show, with Dennis drama #RHOA [VIDEO]
IG model, @yellowdol, exposes San Antonio Spurs’ Dejounte Murray, accusing him of harassing her in her DMs, and creating fake accounts to stalk and harass her [PHOTOS]