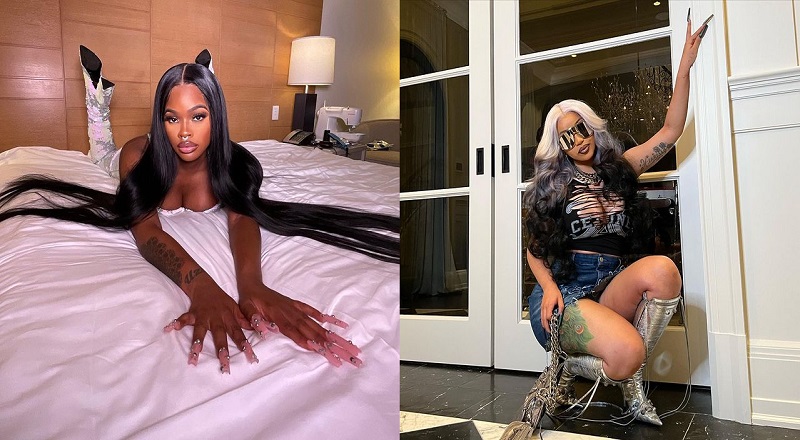 JT rose to fame during the summer of 2018, as one half of City Girls, alongside Yung Miami. During that time, Cardi B was returning to the top of Billboard Hot 100. However, briefly JT took the spot, as Drake recruited City Girls for “In My Feelings.” At the time, JT’s old tweets mocking Nicki Minaj went viral. Both City Girls complimented Nicki and Cardi B.

JT would spend the bulk of 2019 in prison. When she returned, she began dating Lil Uzi Vert. The craziness of 2020 kept JT out of the spotlight. Meanwhile, Yung Miami continued to rise as a star. In 2021, JT did indeed make some moves, but nothing that led to her dominating. This year, Nicki Minaj finally topped Billboard Hot 100, herself, in historic fashion with “Super Freaky Girl.”

JT joined Nicki Minaj, among other rising female rappers, on the “Super Freaky Girl” remix. As a result, fans began trying to pit JT against Cardi B, almost immediately. Given the history between Nicki and Cardi, the ladies are often taking shots at each other on social media. However, JT said she wanted to stay out of it. Today, a person on Twitter accused JT of being jealous of Glorilla. When JT denied this and congratulated Glo, Cardi B commented “lapdog,” which has led to a war of words between the ladies.