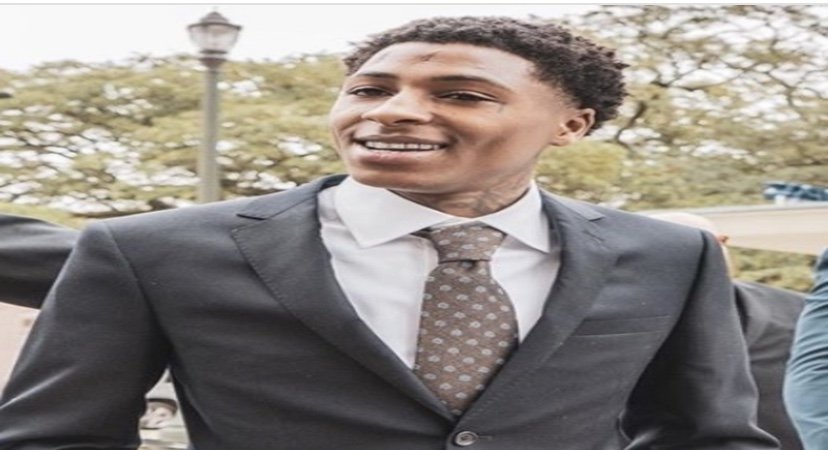 Earlier today, NBA Youngboy was seen leaving court with his new girlfriend and Houston rapper, Young Lyric. It was unknown as to what went down as he was seen dressed in a nice suit.

According to WBRZ 2, Judge Bonnie Jackson has officially been taken off of probation. This comes after Youngboy was sent to jail earlier in the summer for being found with a gun. He was supposedly involved in the shootout between his and Tee Grizzley’s entourages. This was in Miami while the Rolling Loud festival was in the city. This shooting occurred outside of the Trump International Beach Resort.

Youngboy was pretty quiet during the hearing. Judge Jackson reportedly felt that the Louisiana rapper has shown a good amount of growth over time. He was released from jail at the end of the summer.

Musically, he released his AI Youngboy 2 album in October which debuted at No. 1 on the Billboard 200 chart. He’s also been feuding with his ex-girlfriend Jania, as he said she’s the one who gave him herpes and just dissed his ex-GF Iyanna, who is Floyd Mayweather’s daughter. yesterday, he put out a music video for “Dirty Iyanna,” which is a remix to Michael Jackson’s “Dirty Diana.” She surprisingly appeared in the video at the end.

Continue Reading
You may also like...
Related Topics:nba youngboy

More in Articles
Antonio Brown exposes his baby mama, Andi, for cheating and says she only had kids with him to “start her life” [PHOTOS]
J-Boog gets blasted by his girlfriend, @shelbiegray_, who shares a video of him asleep, standing up, and drooling, after he lied about working, saying what’s done in the dark will come to the light #LHHH [VIDEO + PHOTO]