Home » Hip Hop News » Juelz Santana lays down and pretends to take a nap, during The LOX’s “Reservoir Dogs” performance, at #Verzuz, and people react to his teeth 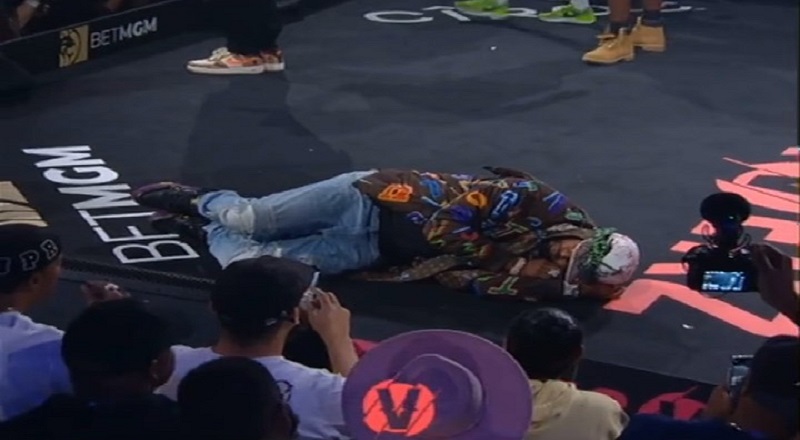 There was a time when Juelz Santana was the most-promising rapper in the game. Some have said Juelz should have had the success Lil Wayne had. Most agreed his time would come, but 2012 was his last shot, which is when he did finally release a mixtape.

Juelz Santana ultimately ended up on “Love & Hip Hop,” after years of fighting it. Here, fans noticed he had dentures, on his top row of teeth. Finally, he did a music video with his teeth out and, since then, he’s been heavily criticized over his teeth.

Tonight’s Verzuz, fans agreed, is one of the most-intense ones in history. Juelz Santana actually pretended to fall asleep, while The LOX performed, and heckled, during “Reservoir Dogs,” shouting “is y’all done?,” as Sheek Louch rapped. This has Juelz trending on Twitter, as fans criticize his teeth.

More in Hip Hop News
Jim Jones gets roasted for wearing a leather suit to #Verzuz battle; Fans call it the Marvin Sapp collar
2 Chainz Says That His Next Album Will Be Titled “Dope Don’t Sell Itself” [VIDEO]